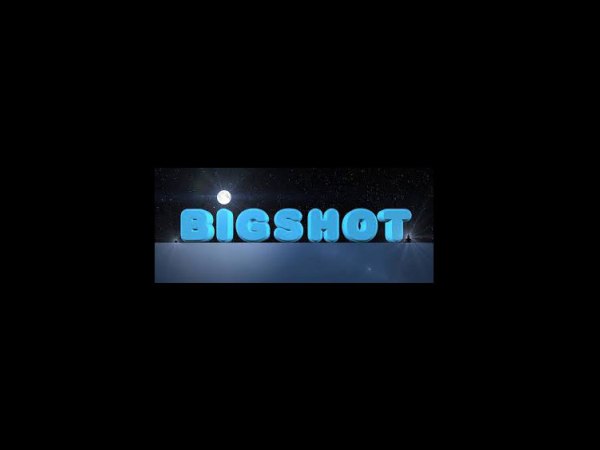 Maurice created Bigshot to effectively tell a story through simple animations, without dialogue or subtitles and with only one scene per episode. Bigshot is the French comedy filmmaker’s first animated series, which he hopes to expand on in the near future.

What are some of the difficulties you faced when limiting yourself to one scene per episode?
The principal difficulty was the estimation of the duration on each character’s action.

How many people worked on this project?
10 people.

Have you achieved the goals you set for this series?
Absolutely for this first season! But my ambition is to continue more seasons with other BIG characters, BIG movies, BIG series, BIG historical situations, BIG TV Shows, and so on… I have so many ideas and screenplays to develop with my concept.

What’s your background as a content creator? And how did you approach this project?
Bigshot series is my first animated Web-series. Since I am a comedy filmmaker, I often work on idiotic stories and absurd short movies for cinema. In Greek ‘idiot’ means ‘simple’.  So I decided to animate idiotic short stories with tiny and cheeky characters coming from emblematic famous movie styles, in a one shot scene. My animated Pixel-art project is, for me, a new way to denounce human violence with silly situations and without dialogues. My goal was that the Bigshot series could be shown everywhere, especially at a Web Fest or online with and interactive bonus and gaming.

Differently to previous projects?
Even though it is the first time that I have written and created solely for the web, these three essential elements are always in my mind and will never change : STORIES, CHARACTERS and COMEDY.

From start to finish, how long did it take to complete this project?
9 months! For 8 Bigbabies!!!

How long have you been making web series for?
2 years.

What’s the magic formula for a successful web series?
Do it with pleasure!