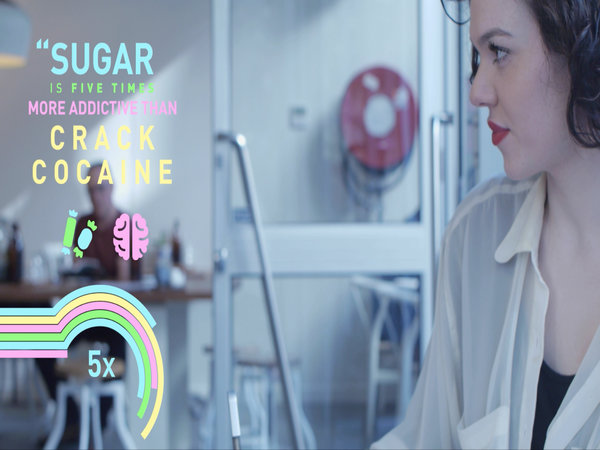 Created by Michael and Evan Pirone, Food For Thought gives us a healthy dose of laughter and banter, statistics and misadventure while covering topics like selfies, breakups and hangovers.

How long have you been making web series for?
Just under a year now. We’ve shot a season of twelve episodes and released three so far.

What is your favourite thing about making web series?
The format requires you to work with numerous constraints. It wasn’t our favourite thing in the beginning, but you soon learn that it drives your creativity in a very particular way. Our web series sits in between film and journalism, so it meant that our writing had to be very punchy, and at times employ journalistic principles such as brevity and clarity.

As a content creator, where to you go to find information about other film makers and web series?
Vimeo is a very beautiful place for seeing work. We’re constantly being blown away at the standard of concepts being displayed. It has a really supportive community, and a seriously bright future! We primarily get our inspiration from film and discussion about film, but Vimeo can always provide some amazing inspiration.

How do you decide on the topics that will be discussed?
Knowing our target audience. And literally being within that audience. Writers tend to write better what they’ve actually experienced firsthand. Break ups, social media, art exhibitions, being drunk — these are things that many people between the ages of 18 – 25 have experienced in some shape or form. The topics effect a wide audience, daily.

Are there any web series, other than your own that inspire you?
We like many! But in terms of inspiration, I could only think of Vsauce? That really led the way in our idea of utilising facts and infographics. Even though it’s not a web series, our comedy is also quite inspired by Seinfeld.

What’s special or different about your series?
We haven’t seen anyone combine learning with comedy in the way that we have. The content needs to be both digestible and innovative, which are two things we really believe that the series has displayed so far. It’s whimsical and light hearted, but close to life, and then the statistics take you out of the situation and place you into a real-life perspective.  We always envisioned that it would be a perfect model for a university classroom, or something to watch at a cafe on a portable device. In a way, we’re preparing for the future, in which this first season will act as the perfect foundation for a much anticipated second!

How many people worked on this project?
All up there were around 15 cast and crew. Some shoots only had three people, in which whoever was directing also had to do sound, and make sure lighting was always tip top. We all got up-skilled big time! Evan and I do a crazy amount of work between us, having to write, direct, produce, edit and act, sometimes all in the one week.

How do you finance your series?
Much of our gear really wasn’t amazing. We worked off a $500 DSLR. Our friends love the quality, but most filmmakers know the difference when they see it. Unfortunately production quality is often put in front of writing and story these days, which on the one hand means you have to work seriously hard if you don’t have the resources to compete, but on the other, it teaches you to work with what you have — you learn what’s really important.

How do you balance your studies, work and making your web series?
We’ve had to really kiss away our social life for a while now. But luckily we have great friends that forgive us. We had a seriously good team. There are key members that the show just couldn’t have done without. I would say that besides the work ethic of Evan and I, they’re the primary reason why we were able to juggle so many things!

Have you achieved the goals you set for this series?
Big time! We’ve had a ridiculous response considering we haven’t begun marketing properly. It makes us feel amazing to know that people are sharing and speaking highly of the work. The season itself was never designed to take the web-series world by storm, but more as a test-of-concept and a platform for the funding of season two. We’ve had so much fun, and learned so much about film, production and the web series as a medium. Being chosen for this festival was a great lift, and we’re so happy to involved!

Food For Thought on the web:
Watch Food for thought