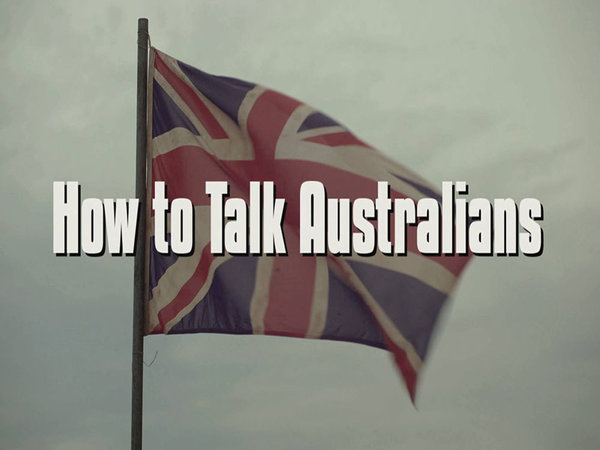 Presented in the format of an elaborate educational video, the series delivers a satirical take on the Australian way of life. An assembly of Indian teachers dissect our national identity, as they perform re-enactments, conduct lectures in linguistics, and attempt impersonations of famous Australians.

Mining the depths of every aspect of the Australian stereotype, the 8-part series presents us with a unique outsider’s perspective, and asks us to visit that most Australian trait: to laugh at ourselves.

The series is very topical and on point with ongoing cultural debates in Australia, but where did the Indian angle come from?
When a pie shop opened up around the corner called The Great Australian Pie Company. The owner-operator was an Indian gentleman wearing a turban.

The series is pretty edgy, were you ever concerned about how it would be received?
Not ‘concerned’ as such. We felt it was light enough to be taken in good spirit.

Describe the ultimate fan of your series?
Indian Australian male, 28 years old with a penchant for pies.

What’s special or different about your series?
It was shot entirely on meat.

How many people worked on this project?
Dunno. Maybe around 50 or 60 if you count the butcher who cut the lamington meat.

What’s your background as a content creator? And how did you approach this project differently to previous projects?
Tony is a film and TV creator. The difference was that it was shorter.

How long have you been making web series for?
1.88 years

When are you completely satisfied with your work?
Difficult one to answer. Maybe when people say they like it.

What’s the magic formula for a successful web series?
The first episode must be 4 minutes 58 seconds in length. Any longer or shorter and it simply doesn’t work.

In what ways do you utilise social media to further your brand?
Social media, in particular the How to Talk Australians’ Facebook page is where we allowed people to interact with the world created by the show. Content was created as through it came from the fictional Dehli-Com, call centre training corporation and fans were replied to it in the tone of the show.