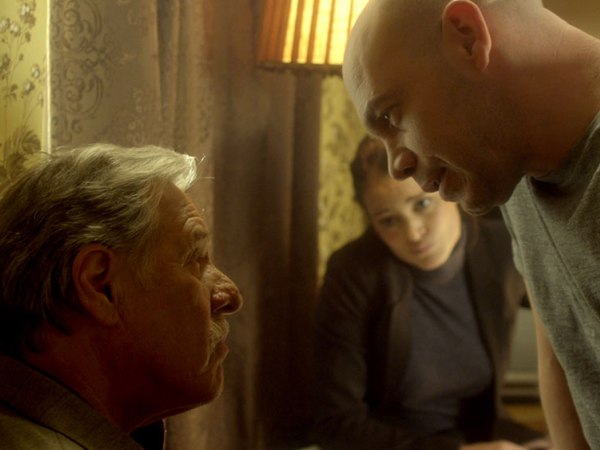 Manigances is back for it’s second season, created by Ghislain O’Prêtre, Isabel Dréan & Simon Côté in Montréal, Canada, this thriller/mystery web series follows the hero of the story on a high intensity journey to uncover the truth behind a terrible crime.

Did you find it difficult working with a lot of new actors, while keeping the feel of the show similar?
The part that was the most difficult is that one of the two main actors died between the two productions.

What were the biggest challenges creating the second season?
We had to have the script rewritten when we decided not to recast the part of Dan Portal but to go with a new leading lady instead.

Please tell us a quirky and/or interesting fact about yourself or team that’s unrelated to your web series?
Simon Côté and Isabel Dréan lived in Laos for 10 years before coming back to Montreal and decide to focus on producing, distributing, directing web series.

How long have you been making web series for?
Five years, since 2010.

When are you completely satisfied with your work?
When we are able to create the vision that we had at the beginning  which we feel we accomplish with both seasons of Manigances.

What’s the magic formula for a successful web series?
Great script, good actors and a clear vision of what you’re trying to accomplish.  Timing is very important.

What’s special or different about your series?
I think aiming at excellence in writing, acting, directing despite the low budget.

How many people worked on this project?
About 50 people including cast.

Have you achieved the goals you set for this series?
Yes, we sold to a canadian television channel as a TV movie, VOD & DVD and also shown on Air Canada as online entertainment.