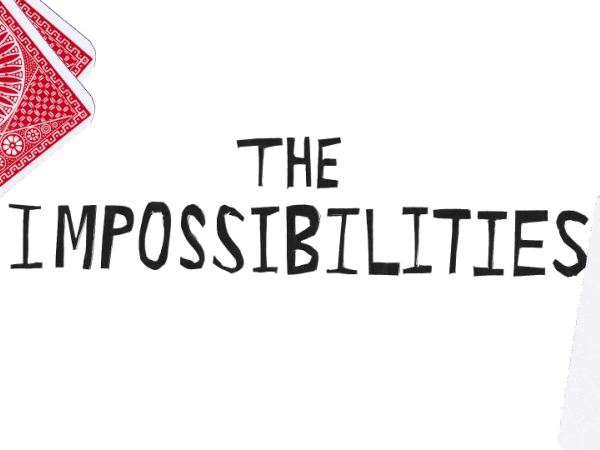 A chance encounter between Harry and Willa at a party where Harry is performing brings the lives of these two entertainingly awkward characters together.

Battling the everyday afflictions of a modern society Willa and Harry are drawn together through the commonality of their complicated lives. But as their relationship burgeons, their respective lives come crashing down around them.

Produced by newlywed couple Kati Rediger and Ashley Springer and written and directed by Anna Kerrigan, you would never know this immaculate series to be the trio’s first web format production.

We spoke to Kati, who also plays Willa and got her insights to the world of web-series.

The initial meetings about production were centered on producing a short feature, yet during development of the idea it blossomed into something bigger. Why do you think the show has been so successful in a web series format?
Once Anna had a feel for the characters in the original short she instinctively felt like she could develop them further. She kept imagining bigger and better story lines for Harry and Willa, so we knew we could turn it into a series. Anna talks more about this, and her other reasons for creating a series vs a short or feature in this article she wrote for indieWIRE.

You and Anna first met at a casting, and then a few years later while you were working at a NYC restaurant. As the competition is fierce in NYC were your other employers ever critical of your passion as an actress or were they always supportive?
Man you are right about that! NYC is a very competitive place and that can get a little disheartening. I’ve definitely had some employers at my “survival jobs” be difficult about letting me go to auditions or meetings. It’s understandable, they have businesses to run but so do you! Sometimes that means taking the graveyard shift so you don’t have to cancel on casting directors or the soul sucking job that pays the rent. I think Ash and Anna have also had to take undesirable jobs to support their dreams. So, even if your job bums you, set the expectation for yourself that it isn’t your end game and don’t lose sight of why you’re doing it. Even the jobs we’ve hated helped in some way to get us to where we are today, having created a series we’re really proud of.

What was the biggest challenge you had to overcome making this series?
Our biggest challenge by far was that none of us had ever done anything like this before. Anna had directed a feature but was new to directing a series and Ash and I were first time producers. We really had to take it step by step, deal with challenges when they presented themselves and not worry too much about the bad things that might happen. There were many challenges but we learned from each of them. It’s easy to look back at the filming process fondly because even though it was difficult we discovered that as a team we’re capable of making something good.

How do you reach your audience?
We reach our audience however we can! It involves a lot of courage to put yourself out there in spite of the fear of rejection. We talk about the series to bloggers, journalists, friends, strangers we meet on the street or in coffee shops – anyone really. We made the choice to self distribute because we wanted to be as actively involved as possible in connecting with the people who watch our show. It makes us happy to be able to respond personally to the fans who tweet, post and write to us. It may be more work but it’s work we’re glad to do.

How do you finance your series?
When my co-producer/co-star Ashley Springer and I got married last year we received some money from family and friends to put towards a down payment on a house… and decided to use it to make this series instead. We believed in Anna’s script so strongly that it just made sense.

Is your series an ongoing project? If so can you give us some clues about what comes next?
We would love for this series to be ongoing and have already started scheming about season two. We have no definite plans yet but exciting things are brewing so stay tuned!

Please tell us a quirky and/or interesting fact about yourself or team that’s unrelated to your web series?
When he was a kid Ash once played Jason Alexander’s hands. Alexander played a mentalist in an episode of “Remember WENN,” which aired on AMC in the 90’s and needed a hand double for one of his magic tricks. The producers figured they should get a kid since Alexander’s hands are rather small, but when Ash got on set it turned out his hands were quite a bit bigger then Jason’s already. They shot it anyway, and it turned out just fine.

What is your favorite thing about making web series?
One of our favorite things about making The Impossibilities was the feeling of freedom it gave us.  As artists we don’t always have the opportunity to create our own visions; a lot of the time we’re stuck in somebody else’s. Making this series gave us the ability to say what we wanted – to portray our characters in a way we felt did them justice, to explore some difficult themes and let the audience decide for themselves how they felt about them, and to tell a story that felt true to us.

From start to finish, how long did it take to complete this project?
We started meeting regularly in February of 2014, Anna started writing it in April, we shot the series in October and then premiered it on the 27th of April, 2015. Its not easy to create an entire series in a year and change but not impossible either. We had some fantastic people on our team including our cinematographer Dagmar Weaver Madsen and co-cinematographer Chris Heinrich, our amazing editor Jarrah Gurrie (who is a native Australian!) and Murray Trider our sound editor, amongst others. We got lucky, we worked hard and it was a whirlwind year that we wouldn’t trade for anything.