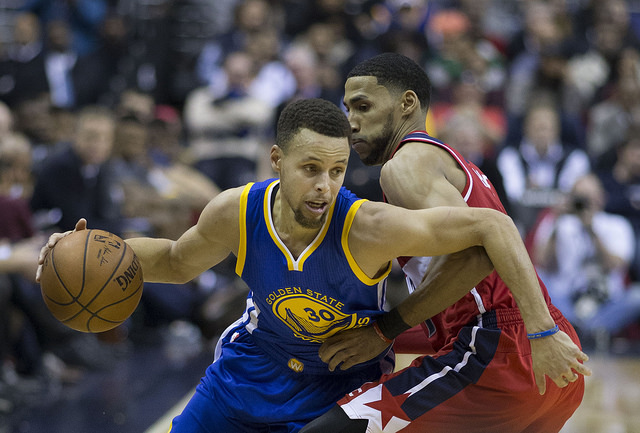 Australian basketball fans are set for a slam dunk win with the USA basketball team to face the Australian Boomers in a two game series in Melbourne at Etihad Stadium.

With top American players Stephen Curry, LeBron James, and Kevin Durant all possible representatives, this will be the first time since the 2000 Sydney Olympics that a national USA basketball team has played in Australia.

Melbourne born Ben Simmons is a strong potential candidate to represent the Australian Boomers. Simmons is currently signed to the Philadelphia 76ers.

Basketball Australia CEO Anthony Moore says this event will be one of the nations’ most memorable sporting moments.

“This announcement is a landmark moment for Basketball Australia and all those fans of our great game. I believe that this event will be long remembered in Australian sporting history,” Mr Moore told Fox Sports.

With over 100,000 fans expected to watch the two teams battle it out, Victorian Premier Daniel Andrews is excited that Victoria is able to host a first class sporting event for basketball fans.

“This is the one Australian basketball fans have been waiting for, and there’s no better place to host the USA team than in the sporting capital of the country – Victoria,” Premier Andrews told Basketball Victoria.

With the two teams last meeting up in the 2016 Rio Olympics, there is no doubt that fans will expect and receive nothing less than a professional and thrilling basketball match.

“The USA-Australia game at the 2016 Rio Olympics was intense, passionate and a very competitive game that came down to the final minutes. We expect these friendlies in 2019 will again showcase international basketball at its highest level and offer sports fans a very memorable event,” USA Basketball Chief Jim Tooley said, as reported by Fox Sports.

Eager fans are advised to join the waitlist on updates for ticket sale dates.