The unseen impact a person's disappearance has on those left behind. 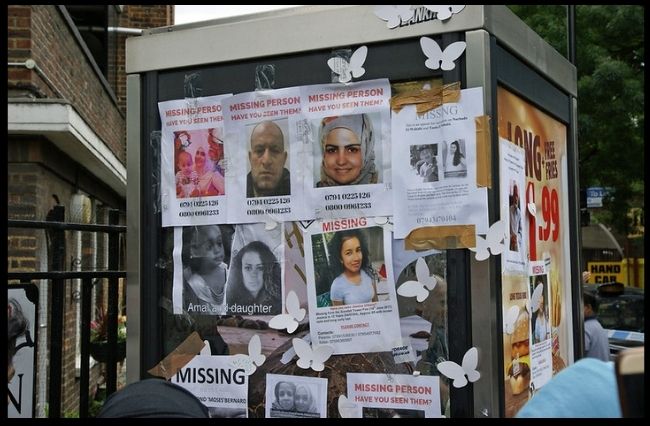 Every 14 minutes  someone in Australia is reported missing. In the time it takes to enjoy a cup of coffee or check your e-mails, someone is so concerned about the whereabouts of a loved one that they have contacted the authorities.

One every 14 minutes equates to roughly 38,000 missing people a year. Thankfully, more than half of those are found within the first 48 hours. But what about the two percent who go unfound?

Loren O’Keeffe experienced the anguish of dealing with a missing loved one following her brother’s disappearance in 2011. She and her family spent five years searching for him before his body was tragically found. She believes the public is largely unaware of what happens when someone goes missing, and that most believe that it’s up to the police to find them.

Unless there is a clear indication of a crime having been committed the police can actually do very little. O’Keeffe quickly came to realise this when her brother disappeared, leaving her job and running what she called “effectively a campaign” to try find him and draw attention to the case, which became a “full-time job”.

In reality, after reporting a loved one missing it is up to friends and family to spread the word, to print and hand out flyers, to contact media outlets and chase up and follow leads on when and where that person was last seen.

“This is more of a health issue and a community issue than a police issue. So, I think it’s really important that we do kind of reframe that whole association around missing persons,” O’Keeffe tells upstart.

“I think that there’s this notion that we see in pop culture, we see it in movies that when someone goes missing police are out there with, you know, dogs and drones and choppers and that’s just not usually the case.”

As a result of these experiences, O’Keeffe established the Missing Person Advocacy Network (MPAN) in 2013.

“I started the charity with a very clear mission to create awareness around missing people and to provide a practical support for the people that are left behind,” she says.

Their very first project was the Missing Persons Guide.

“It’s got templates for media releases and contact databases for every hospital, every media outlet in Australia, every homelessness service provider, every public transportation service, all of those sorts of industries that will pertain to various missing persons,” she says.

“Families can kind of be empowered by the fact they’re able to do something rather than just sitting at home in a state of shock, which is often the case.”

Since that first project MPAN has grown over the years to include other ways of helping the loved ones of those missing.

“We’ve expanded to incorporate creating awareness on the issue of missing persons, and the associated topics like ambiguous loss and all those other things, as well as providing emotional support so that it’s not just practical, it’s also emotional now,” she says.

“So that’s kind of what we do. We work to humanise missing people, so that they’re not just stats, you know, their height, date of birth or where they were last seen. And we work to reframe the topic of missing persons as the community issue that it is.”

Erin Pearson is a crime journalist for The Age newspaper who has worked missing persons stories in the past and she agrees with O’Keeffe’s sentiment about trying to humanise the missing person. Telling upstart that the statistics are all they are given to start with.

“That’s what we get from police and people don’t read that. That’s something that people don’t click on and that’s not my opinion, it’s a fact, we have data that shows how many clicks stories get. So, we know what people are engaging in and if it’s just three lines, people aren’t necessarily that interested in it,” she says.

So in the best interest of the missing people the papers report on they will go out and try and get some more information to help humanise that person.

“That’s often how we find readers engaged with our stories more. We will either try and contact families ourselves as reporters, or sometimes police will put the family up at a media conference,” she says.

“And I find that’s how readers relate to the story more, when you’ve got somebody advocating for a missing person, a family member or friend.”

Police and the media do what they can, though unfortunately not all missing people get the same amount of press and coverage. O’Keeffe thinks that while both could do more, it’s the government who could really step it up to help the families of missing people.

“There are so many administrative burdens that families have to wade through on top of the emotional trauma of not knowing where your loved one is. You get their mail and overdue fees and debt collectors coming after them. And the Electoral Commission sending reminder notices and fees,” she says.

“All of this stuff goes on behind the scenes that the public doesn’t even think of because they’re not given an opportunity to get that insight. There are policy and legislative changes that could be implemented to alleviate some of that administrative burden on families.”

But what is needed most is awareness; awareness around the issue of missing people and support for those personally affected.

I asked O’Keeffe how people can help, and it’s not just by volunteering your time or donating your money.

“Just by educating yourselves, as easily as following our campaigns, to gain insight for what it is like for families and friends, so that you empathise rather than desensitise. Get more involved around this issue of missingness, it’s long overdue and time we address it as a collective,” she says.

“That way family and friends of those missing will feel more supported and understood than they currently are.”

Photo: Missing Persons by Chiral John available HERE https://www.flickr.com/photos/69057297@N04/35249894571 and used under a Creative Commons Attribution. The image has not been modified.