Young adults in Australia are struggling to move out of home more than ever, particularly in major cities, Geordie Little examines the issue. 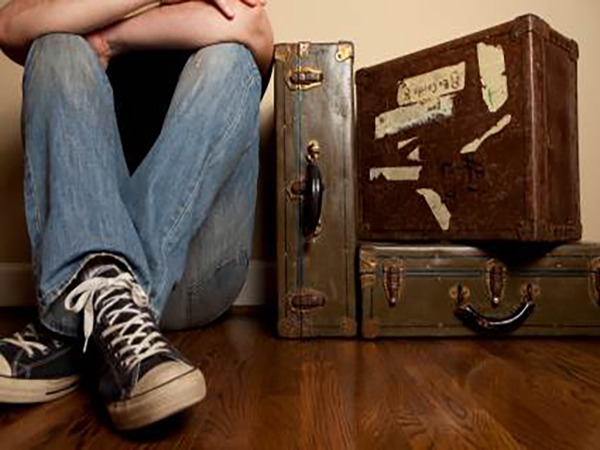 In mid 2015 Kris Recke moved with his partner to Maryborough, leaving his parents’ house behind. When an internship brought him back to Melbourne, however, it became apparent he could no longer cover the costs associated with living out of home. Melbourne, the world’s most livable city, was simply too expensive. Now, when discussing the experience, Kris picks his words carefully.

“I would just say it probably was not the right time to move.”

Seven months after moving out for the first time, Kris was back with his parents. When asked whether he intends to move out again, he is hesitant.

“It’s more of a long term goal, probably after I finish my degree.”

Kris’ situation has become increasingly typical of young adults in Australia, for whom a difficult job market and rising property prices have made moving out of home an intimidating prospect.

According to the Australian Bureau of Statistics, in 2006, 23 per cent of Australians aged 20 to 34 years lived with their parents, up 4 per cent in the last 20 years.
When the age range is narrowed to 20 to 24 year olds, the percentage increases to 47.2 per cent; nearly half of young adults. What is perhaps more surprising than these figures, however, is the rate at which young adults are moving back in with their parents.

McCrindle Research, when looking at 25 to 29 year olds living at home, found that 54 per cent had moved out and returned. Of that 54 per cent, two thirds did so because of financial pressure. While it is difficult to find precise comparisons across an identical age range, these figures paint a picture of a generation of Australians who are struggling to get out of their parental home, and are increasingly choosing not to do so.

Jodie Mcvean is 26 and had similar experiences when she first moved out of home. Between the ages of 19 and 22, Jodie moved in and out of her parents’ house three times.

“There is a lot of pressure for our generation to work and study and volunteer and have a social life and everything else,” she says, “which probably contributes to difficulty moving out, to concentrate on studies fully you have to work less.”
On this, Kris has similar comments, “If you’re not going to uni and you’re working it’s definitely doable,” he says, “but if you’re currently at uni it is a bit harder.”

Jodie’s living situation is more stable now, something that she credits to better budgeting, smarter planning and, significantly, a move from Melbourne to Wodonga. In this, Jodie is far from alone.

McCrindle Research found that, while 23 per cent of 20 to 34-year-olds live at home overall, the number increases to 27 per cent in Melbourne and Sydney.
Unsurprisingly, reports from the ABS and Bendigo Bank confirm that Melbourne and Sydney have the highest median housing prices in Australia, and the fastest rising average house price. While most young adults rent rather than buy property, there is a natural correlation between the costs of both, as landlords offset the cost of buying houses by charging tenants an increased rate.

When discussing the challenges facing young adults moving out of home, Kris’ comments echoed Jodie’s. “I feel that it’s harder to find places in the city,” he says, “whereas I guess if you tailor what you’re looking for a bit better it’s much easier to do.” It would seem that, statistically, the best way for young adults to tailor what they are looking for is simply to look outside of the city.

While Kris is not treating moving out as an immediate priority, the age at which a person leaves home can have a surprisingly strong effect on their income later in life. A report published by the University of Melbourne demonstrated that those who move out between the ages of 21 and 24, the optimum age bracket, find themselves up to $185,000 richer in their later life than those that move out either too early or too late.

This negative effect is strongest among those that move out under the age of 18, but leaving home over the age of 25 also has a significant impact. These figures do not necessarily mean that today’s young adults will be worse off than their parents. It could be that the negative financial impact of moving out at the “wrong” age is more connected to societal norms than anything innate or biological.

Moving back in to the parental home is not an option for many Australians. Anne Robertson is the Clinical Coordinator of counselling at Darebin Community Health in Reservoir, and has worked with young people at risk of becoming homeless for 25 years. Although she identifies family violence as being the primary factor in youth homelessness throughout her career, another group has emerged that is going largely unnoticed.

“There might be more people that have gone to uni, haven’t quite got where they wanted to go and suddenly things have changed with their family dynamics,” she says. “These factors create a sort of separate area of homelessness risk… And those people go a bit unnoticed because they couch surf, or they hang out with friends.”

These young adults are the result of a generation that is increasingly reliant on having their parental home as a fall back option. With property prices unlikely to fall in the near future, and with no clear or immediate solution to the challenges facing young adults attempting to leave home, it seems likely that parents will have to be increasingly prepared for their children to move back in once, twice or three times before finding their feet. And, for those young adults that don’t have the luxury of moving back in with their parents, a better solution than couch surfing will have to be found.

Geordie Little is a student at La Trobe University, studying a Bachelor of Media and Communication. He tweets at Geordie_Little0.