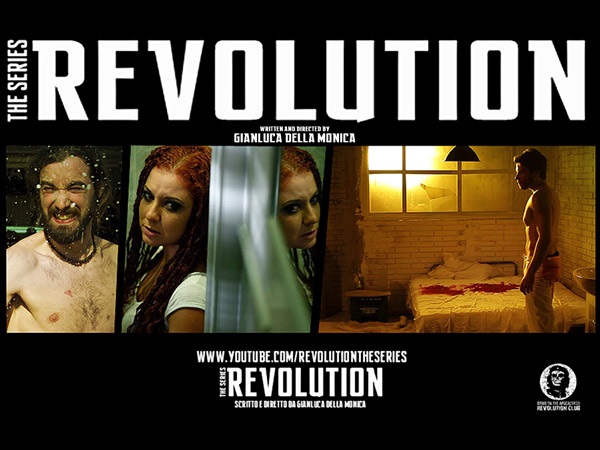 The black market is the focal point of an investigation led by police officer Giulia Conti, Chris’ ex fiancée. Her plan is to blow the cover of the money laundering centres controlled by the Eastern cartel, like Emil Slovovic’s mechanic workshop, where Chris is living after his childhood friend Emil offers him a place to stay. One day Giulia, stationed in a car outside the workshop, notices Chris and Emil together. A chain of events unravels that will force the characters to face their past.

We wanted to put ourselves to the test and see if we could manage to shoot something with no budget at all. We chose this subject mainly because the neighbourhood we live in was perfect for the story.

For the evocative atmospheres, the captivating look and the effort it took us to shoot something that had so many locations and characters.

We hope Revolution can move people. We want the hopelessness of the story to reach the audience.

Everyone worked for free. We borrowed the locations or built them ourselves.

Time. Shooting with no budget forced us to work on free days only, which meant that it took us very long to get the first season done.

Is it an ongoing project?

For the moment, we’re just enjoying the results of our work and working on different projects, but we’re not ruling out a possible second season or a prequel.

Revolution on the web: