Australia has voted for the top 100 innovative ideas in a national competition that will see 10 of them become a reality, Matt Marasco reports. 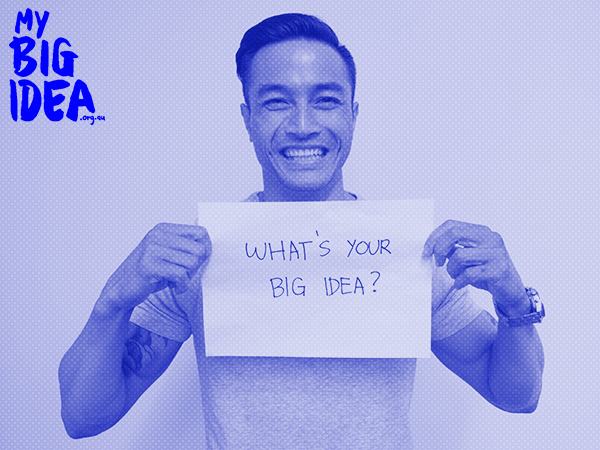 Free electricity, Uber for trucks and a universal wage are some of the shortlisted ideas that might become a reality in Australia.

My Big Idea is a national ideas competition that collected 1,175 ideas with more than 15,000 votes which determined the 100 finalists earlier this month.

The shortlisted ideas will go in front of a judging panel to select the top 10 ideas that aim to bring positive change to communities across Australia.

My Big Idea is an initiative created by the not-for-profit Australian Futures Project that aims to make long-term decision-making easier in Australia.

Co-Founder and Executive Director at the Australian Futures Project, Ralph Ashton, says that the top 10 ideas are expected to be quite different from each other.

“Some ideas will require policy or legislation change, some will need no intervention from government at all, and others might be businesses or social enterprises or even one-off events,” Ashton tells upstart.

One of the top three voted ideas was an initiative to reduce inequality by paying all Australians a universal wage, regardless of any employment income.

A guaranteed minimum income could transform the nature of society and is one response to the automation of the workforce.

“Something like a universal wage is really ambitious and if it is one of the winning ideas, it may become something a little bit different during the iteration and innovation process we will run,” Ashton says.

Ashton says that the idea will have a “similar intent” but may not be as large.

The winning ideas will be brought to life by some of Australia’s leading universities, corporate partners and not-for-profit businesses.

The top 10 ideas will be developed by 10 incubating partners that match its capabilities.

Each idea will be developed into a proof of concept phase through a process of iteration that will determine if the idea is viable or not.

La Trobe University have been appointed a spot on the judging panel to choose what ideas will be brought to life.

“La Trobe University has a tradition of engaging, stimulating and interrogating the national conversation, so My Big Idea is a natural fit for us.

“It is a 21st century version of something that La Trobe has been doing since the mid-20th century,” Professor Long says.

Jason Kimberley, founder and CEO of non-profit partner, Cool Australia, says the “brilliant thing” about My Big Idea is that it “encourages us to think about the ‘what’ and the ‘how’ for our ideas to be brought to life”.

“Cool Australia partnered with My Big Idea to challenge students and teachers about what their next big idea might be, how they can implement it and what the impact will be,” Kimberley says.

“They are a place of thinking about the future and researching into the pertinent challenges and problems that we are facing now and are likely to face in the near future,” he says.

Ashton says the initiative was a direct response to the fact that it is difficult to make good long-term decisions in Australia.

“We are not having a deep conversation about what society we want to become and we are not taking accountability for the society we are creating.”

My Big Idea has received interest from politicians from the Coalition and the Opposition party to see how they can play a role.

“Senior public servants want to see what these ideas are and if there is a way that government can help them come to life,” Ashton says.

“It [My Big Idea] is an intervention in the Australian decision-making political process, but it goes beyond government,” he says.

My Big Idea provides an opportunity for Australians to have a say in the future of their communities.

The Australian public will now await the results that will determine what ideas will be brought to life.

Top 10 ideas that received the most votes:

(These ideas are not the winning submissions)

Free electricity for all