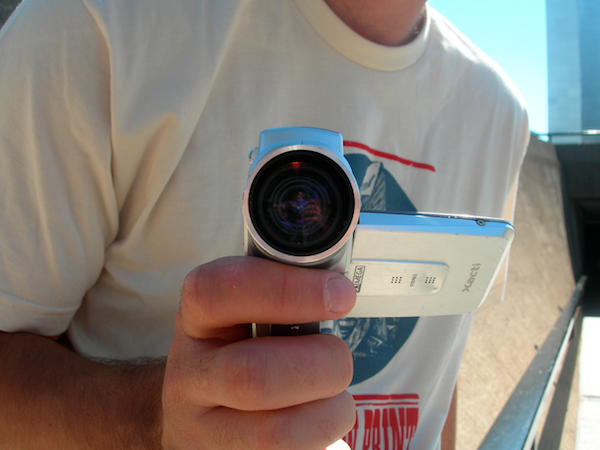 Australia has a world-class film and television industry and you’re closer to it than you think. Around 900,000 Australians owe their jobs – directly or indirectly – to creative industries.

Filmed entertainment takes enormous amounts of time, investment and effort to make, and in the age of the internet, takes no time at all to steal.

The My Story My Content short film competition is an opportunity for Australian students at all levels to tell a unique story about themselves, their creativity, and why that is worth protecting. It is an initiative of the Intellectual Property Awareness Foundation (IPAF) and Australian Teachers of Media (ATOM).

My Story My Content provides students with the opportunity to make a short film (no longer than sixty seconds) celebrating Australian screen creativity. The theme for this year’s competition is ‘Why do I love movies?’. This line, or an adaptation of it, must appear as a spoken line, caption or in some other way within the film, which must be made specifically for this year’s competition.

Entries do not have to fit into any particular genre. They may be fiction or non-fiction; live-action, animation, or a combination of both.

Films can be submitted – either by individual students, groups of students, or an entire class – to one of the following three categories:

Fantastic prizes will be awarded to winners and runners-up in each category.

Though exact prizes have not yet been finalised, we can tell you that first-place prizes will include an iPad or choice of camera up to $1000 in value and a Crumpler bag valued at $185. Other confirmed prizes include DVD packs and hundreds of movie tickets. More exciting prizes will be announced soon, and there may also be separate audience choice awards (voted for online) with additional prizes for those winners.

Entry forms must be completed (and films and stills uploaded) through the online entry system athttp://mystorymycontent.com/entry-system/ by 5pm on Monday 1 July 2013.

To learn more about My Story My Content, please visit http://mystorymycontent.com.

Tags: ATOM IPAF my story my content short film competition why do I love movies