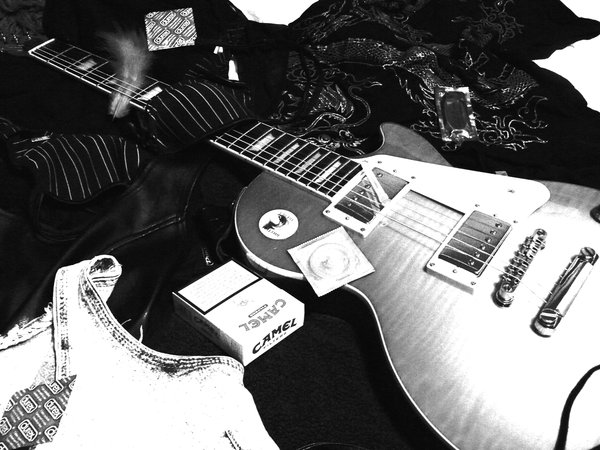 “Signed a record deal, played Lollapalooza … I came home, moved in with my sister-in-law and applied at McDonalds – the same day we were nominated for an ARIA.”

In a mini-documentary about the truth behind how much musicians make, Violent Soho‘s James Tidswell is brutally honest. Prolific Australian artists Kate Miller-Heidke and The Cairos also contribute their part, illustrating the problem across the board.

The documentary, made in collaboration with Jack Daniel’s Australia, debunks one of many myths about the sex, drugs and rock’n’roll lifestyle that’s been embedded in music culture for decades. It raises questions as to what else could possibly be less – or more – of an exaggeration for upcoming and highly popular bands alike.

“With small bands like us, money isn’t a reality,” says Lunatics On Pogosticks drummer James Whitfield.

“At the moment breaking even is the realistic goal for the band. With most shows we do it’s a flat rate for the night – the most we got paid for a gig was probably three grand; sometimes it’s just fifty bucks.”

“It’s like a business that you are just investing time and money into without getting anything money out of it at all, but on the other you have to treat it like a hobby you really enjoy – the good thing is it’s a hobby that pays for itself.”

With this in consideration, is it also the case for the other old wives tales of the music industry?

Richard Linklater’s School Of Rock told us “groupies have an important job“, whilst an article in the LA Weekly compiled a list of bands to “do drugs to” at Coachella. These may be exaggerated, particularly in film, so what role do they actually play in the music business?

“It [groupies] wasn’t our focus when we started making music,” Whitfield says.

“I mean, it’s not like you get off-stage and there’s girls backstage waiting and saying ‘yes, here’s the key to my body’ just because you play an instrument in a band.”

“It’s a myth but not in a sense – there’s people who’d happily take the opportunity if given to them. One case is when we supported Dune Rats at The Lair in Sydney earlier this year. There were these two girls and it was clear they had ulterior motives for the whole thing – the biggest indicator being when I talked to them afterwards and one of the girls said ‘well you’ve got a hotel, hey’ and nudged my arm with her shoulder.” 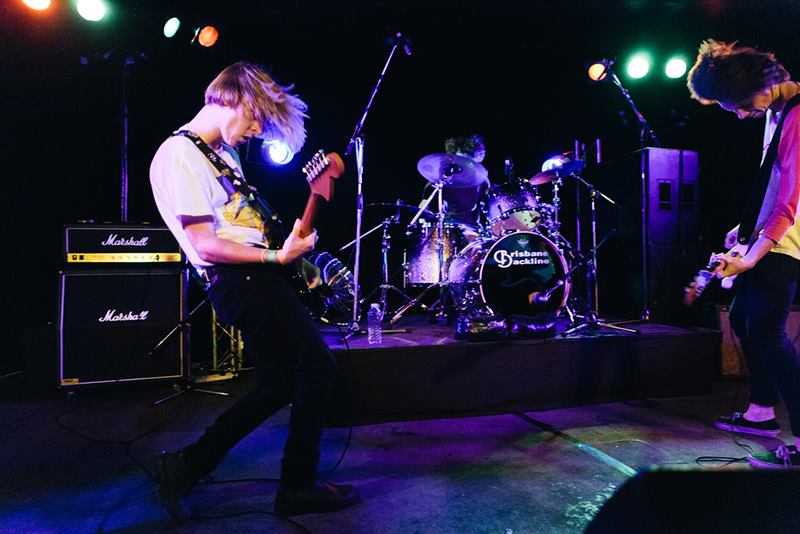 “They weren’t even fans of the band – they had no idea who we were. They kept asking us what the name of our band was. So I guess it shows that regardless of your band’s hype, some people who’ve never even heard of you will try to sleep with you if they’re drunk enough.”

It seems that sex and drugs go hand in hand, being some of the most controversial topics today. They’ve been the source of debate for decades –  electronic artist Grimes called out internet trolls recently for uploading pro-drug statements on Wikipedia that she made in an interview in 2012. David Bowie’s ‘Thin White Duke’ era during the 1970s saw the musician thriving on a diet of red capsicums, milk and cocaine, and a significant amount of musicians included in the infamous 27 Club fell victim to drug use.

“It’s never been a part of the music world for us in our experience,” says Whitfield.

“There are quite a few musicians in the industry who do drugs, but it’s not like a rider for a show is a case of beer and a bag of weed. Drugs are as available to us as anybody else in their late teens going to gigs with their friends.”

‘Sex, drugs, rock and roll’ is a classic saying, and the ultimate dream for some. However, if you’re looking to jump head first into the glamorous lifestyle of the music industry, it might be prudent to lower your expectations.

Meaghan Weiley is a second-year Bachelor of Journalism student at La Trobe University and is a staff writer for upstart. You can follow her on Twitter: @meaghanweiley