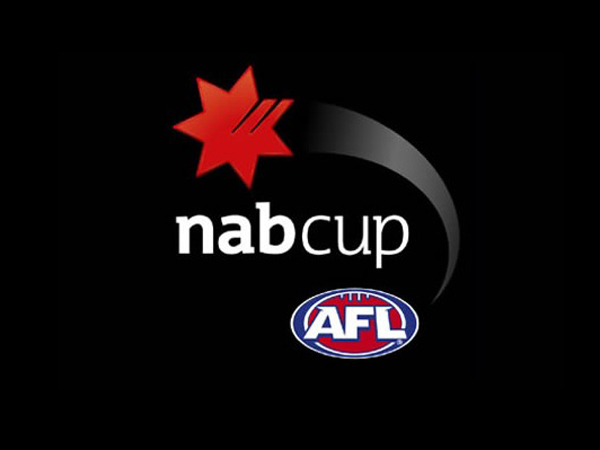 We’ve gotten to the point where the NAB Cup can be discussed without the preface – ‘it’s only.’

It appears both sides are taking tonight’s Grand Final seriously, having named strong squads for tonight’s match. Aside from the financial incentive to win – $200,000 for the winner – the NAB Cup Grand Final will mean plenty to both Carlton and the Brisbane Lions.

For the Blues, it’s one last chance to put new coach Mick Malthouse’s game plan into practice before the home and away season. If Carlton gets it right and win well, it will storm into the season full of confidence having had a near perfect pre-season. The Blues only loss so far has been to Adelaide by just three points last week.

On the flipside, if Carlton doesn’t perform well, all the players’ insecurities about life under new coach Mick Malthouse will come to the fore. When a club changes coaches, players often say they feel mentally ‘fresh.’ It’s critical that the Blues enter the home and away season with that feeling, not with doubts lingering.

For the Lions’ relatively young list, the NAB Cup Grand Final presents a unique opportunity to experience the build up and pressure of a Grand Final – yes, albeit a pre-season one – with virtually nothing to lose. It can only have positive effects on their development for the future – providing nobody gets injured, of course.

Carlton will start the game as strong favourites, and deservedly so. The Blues pre-season form so far has been encouraging, with key forwards Levi Casboult and Sam Rowe particularly impressive. Rowe missed all of 2012 after being diagnosed with testicular cancer, but has made a remarkable recovery and looks likely to be selected for the Blues home and away season-opener against the Tigers. Casboult also looks set to play more senior footy this season, having featured in only six matches for the Blues last season.

The biggest challenge for the Lions will be to curtail Carlton’s midfield. It will be a great test for the likes of Rich, Redden and Rockliff, along with the more experienced Brent Moloney, who has looked promising since arriving at Brisbane this season via free agency. They will face a Carlton midfield with plenty to prove.

The Lions have every reason to be annoyed at having to play in Melbourne, given they are the only undefeated side this year and have therefore earned the right to host the NAB Cup Grand Final. Coach Michael Voss made his feelings clear during the week, alluding to the idea that if the Gold Coast were in Brisbane’s position, the game would be played at Metricon Stadium, rather than Etihad Stadium.

Unfortunately for the Lions, the game being played in Melbourne is just one more factor that points to a Carlton victory. The unavailability of Lions’ number one ruckman Matthew Leuenberger is another, leaving the inexperienced Billy Longer and new recruit Stefan Martin to contend with Matthew Kreuzer and Shaun Hampson.

While Brisbane look to be on the rise, the Blues still have more class and experience across the ground.

Prediction: Carlton to win by 27 points – and Mick Malthouse to play down the win – with new captain Marc Murphy to win the Michael Tuck medal for best afield.

Sam McInerney is Upstart’s Deputy Sports Editor, and is studying a Postgraduate Diploma in Journalism. You can follow him on Twitter @SamuelMcInerney