Graduates from the field emphasise that experience – particularly internships – is imperative to getting a job. 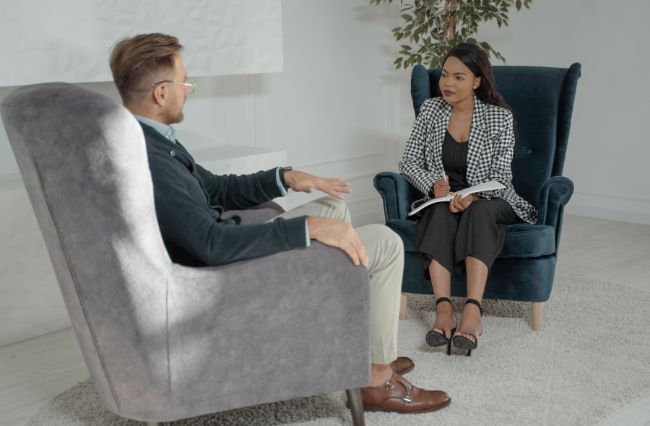 You’re approaching the end of your degree. You’ve put in the hours, you’ve pulled the all-nighters, and you’ve submitted the assignments. Everything you’ve worked towards for the last few years is here, and now it’s up to you to begin your career. Your family is asking you what your plans are – will they see you on TV? Will they hear you on the radio? Will they see your name on an ABC by-line?

It’s exciting – you’re entering the next stage of your life and the possibilities are endless. But it can also be overwhelming.

Luckily, you aren’t the first media and communications student to graduate. Many have come before you – and even have jobs in the field – so it makes sense that you should look to them for advice.

But first, what are the odds you’ll find a media and communications job once you graduate?

What are your chances of getting a job in the field?

According to the 2021 Graduates Outcome Survey, almost 60 percent of international undergraduates and 81 percent of domestic undergraduates students were employed in the communications field. So, the odds look okay.

But if you’re still concerned, there are things you can do to increase your chances of getting hired once you finish up with university. And don’t worry if you’re just about to graduate – you’ve got the summer to get in as much experience and internships as you can.

So let’s take a look at what the experts and ex-graduates have to say about how to get a job in media and communications.

Rebecca Borg, News Corp cadet journalist, was once a La Trobe University student. She began her Bachelor of Media and Communications in 2018 while she was in year 12 through La Trobe’s VCE plus program.

Throughout her course she completed several internships. These include a digital content officer internship with La Trobe Asia and an internship with Ticker News where she was able to gain broadcast experience. She emphasises that students should begin applying for jobs and internships early.

“You want to get in before the rest of your cohort does. Even if it’s a casual social media gig or assistant position, once you get your foot in the door more opportunities are bound to open up if you impress your supervisor,” she tells upstart.

Borg says that while most internships are unpaid – including hers – they allow you to gain experience and can even lead to job opportunities.

“Treat your internship interview as if it’s a job interview, because at the end you may get a job out of it,” she says.

She added that you shouldn’t turn a blind eye to university opportunities, such as working for student magazines while you study. Experience is key.

Karen Cheng is a digital marketing assistant at GradConnection, an extension of Seek. Being a recent media and communications graduate herself, she agrees that internships are important. She says they allow you to figure out what areas of the industry you enjoy and gives you the chance to network, as the field is very dependent on who you know.

Cheng also says that in addition to looking for opportunities at university, community radio stations, and online publications that accept submissions, you can also work on your skills independently. She suggested YouTube tutorials to become familiar with programs such as Canva, Photoshop, Premier Pro, and Creator Studio.

“There’s tutorials for everything on Youtube and media [and] comms roles are now becoming increasingly blurred and being skilled in multiple areas will help you stand out to employers,” she tells upstart.

Applying for jobs and cadetiships

GradConnection’s General Manager Dan Purchas says that you can still apply for jobs even if you don’t meet every single criterion in the job description. He says that most candidates won’t be able to tick off everything on the job description, saying that it’s really an employer’s “wish list”.

Cheng added that there’s no harm in applying, even if you feel underqualified.

“You’ll be surprised once you get into the industry how many people truly live by the motto ‘fake it till you make it’. You’ll definitely be thrown in the deep end, and if you’re a fast learner you’ll be able to pick skills up quickly,” she says.

As well as applying for graduate positions, you should also be looking at cadetships, which is like an entry-level job as a journalist. They’re similar to internships, though one major difference is that they’re paid. They’re a great way to explore the field and learn the ropes whilst gaining practical experience.

Borg says she applied for her News Corp cadetship towards the end of her final semester, and has since worked at The Sunday Telegraph, The Australian and News.com.au through the cadetship. Her next rotation is at the Herald Sun.

In terms of the application process, Borg says that the final stages included an hour-long test where she had to write an article from a mock media release, as well as seven behaviour-based questions and one scenario based one.

For job interviews, preparation is imperative. Borg says to expect scenario-based questions, such as the typical “How do you cope under pressure?” that we’ve all fumbled with in regular job interviews.

In addition to your usual interview preparation, you must be in tune with the news, as well as the company you’re applying for with media and communications roles. Borg says that in an interview for The Age’s cadetship program, she was too focused on scenario-based questions so when it came to the quiz, she went blank.

“The interviewers quizzed me on who the editor was, how many Covid cases Victoria reported that day, the name of the Lord Mayor and what ACMI stood for…so just expect that not every interview will be the same and be prepared for anything,” she says.

She also emphasised that you’re able to take a moment to think about your answer – you don’t need to give a response immediately.

How to stand out

In terms of how to stand out, Borg says that experience, an organised resume, and a portfolio are the way to go. A personalised cover letter for each job description is also important.

“For example, a job ad might state that the suitable candidate has content management skills. In my cover letter I’d mention that I used WordPress with upstart [La Trobe’s student magazine], to help build content for the site,” she says.

She says that adding a link to a show reel and air check on your resume is important too, and for editorial roles ensure that you place newspaper experience into a PDF.

Having a general folio of your work is also a good idea, and Cheng says that an easy way to create one is via a website such as Wix or WordPress. These allow you to link to articles, videos, and radio broadcasts that you may have been part of.

There’s no sugar coating it: this field can be competitive. Borg’s News Corp cadetship saw over 400 applicants, with only 30 being hired.  But so long as you’re dedicated, prepared, and follow the tips available to you, your odds will increase. The field is also very broad, and Borg says it’s full of opportunities.

“If you don’t get your dream job right away, there are always other avenues to get there. Alternatively, if you score your dream job but it’s not what you thought it would be, there’s plenty of other opportunities out there,” she says.

“Plus, the media world is always changing so your dream job may not even exist yet.”

Photo | “A Man and a Woman Sitting for a One on One Interview” by Tima Miroshnichenko available HERE and used under a Creative Commons License. This photo has not been modified.