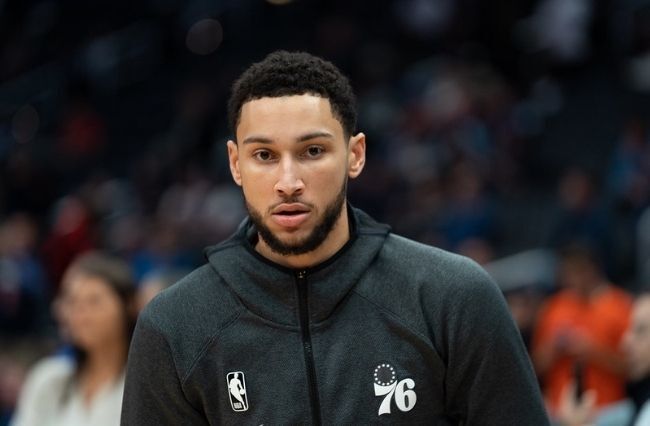 In an interview on ESPN’s The Jump, Rachel Nichols asked Simmons if he agreed with his coach Doc Rivers’ comments that he should be NBA defensive player of the year.

When Nichols asked Simmons about the defensive player of the year race, he rubbished Gobert’s defensive play while talking up his own skills. He also highlighted a game they played earlier in the year where he scored a career high 42 points against the Jazz while playing out of position at centre on Gobert.

While Gobert is known to strictly play centre, Simmons is highly regarded as a defender at all positions on the court.

“Obviously, there’s a lot of respect for Rudy. I know what he’s capable of. I know he’s great down there in the paint, but he’s not guarding everybody and that’s just what it is,” he said.

It isn’t the first time Simmons has taken aim at Gobert. During the shutdown last year the Australian said that he wasn’t even in the top five best defenders in the NBA and when he scored 42 against Utah in February, he shot him down again.

“I loved when I saw Rudy was guarding me,” Simmons said after the game. “I love being able to go at somebody like that. I felt like it was a little bit of disrespect putting him on me, but it is what it is.”

The 76ers have been heavily reliant on their star point guard who has been influential in them currently contending for the Eastern Conference’s top spot.

Simmons has discussed his goals publicly about wanting to be the best defensive player in the league and is currently the frontrunner for the award.He will have to contend with fellow teammate Joel Embiid and Gobert, but the 24-year-old has taken his defensive game to another level building from an impressive season last year.

The 76ers point guard discussed how he enjoys playing defence and why he isn’t scared of taking on the super team in Brooklyn who they beat earlier today, which consists of NBA superstars Kevin Durant, James Harden and Kyrie Irving.

“I take pride in defence. I know if I’m able to get stops and give guys a hard time doing their job then we’re going to be able to go further,” Simmons told ESPN.

“They have a lot of talent, but at the same time you’ve got to be able to play together as team.”

Photo: Ben Simmons by All-Pro Reels available HERE https://www.flickr.com/photos/joeglo/49176307818  and used under a Creative Commons Attribution. The image has not been modified.