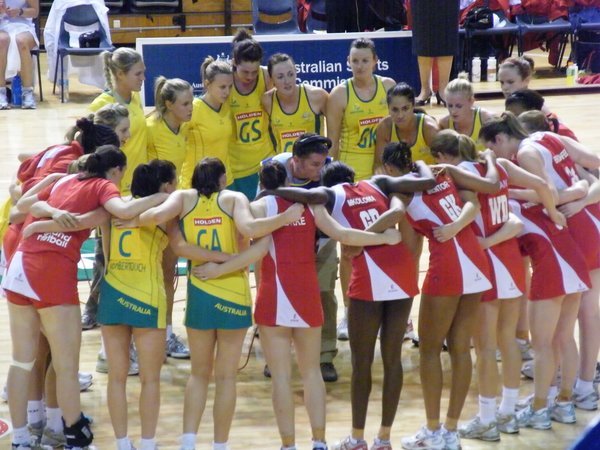 Australia’s netball team is in the midst of one of its most successful eras as it begins a campaign for a third straight World Cup today.

The team has won 19 straight matches, including the final at the 2014 Glasgow Commonwealth Games.

Australia beat New Zealand 58-40 in the gold medal match, an uncharacteristic result given the close matches the teams have played in the past.

However Ben Carbonaro, writer for Netball Scoop, tells upstart that England will be more of a threat to Australia than New Zealand’s Silver Ferns.

The English Roses missed out on a medal following a one-goal loss to Australia in the finals. “England are really looking to atone for what was a disappointing performance in Glasgow,” Carbonaro says.

Fans will no longer have to wait for the finals to see these powerful teams face off, as they have had to do in the past.

A new competition structure means higher ranked teams will face each other in the group stages, with Australia and New Zealand playing on Sunday.

Carbonaro says that the new tournament rules will draw more viewers to the competition early.

“Sometimes people don’t really care about group games when it’s a World Championship sort of thing in any sport, and they often wait until finals time to take some interest.”

The top six teams in the world are automatically admitted into the tournament, while the other 10 teams qualified via regional competitions.

But can any of the sides ranked below the top four in the world do any damage in the finals?

“I wouldn’t say [they have] a chance in medalling but you look at the likes of a Malawi,” Carbonaro says. “With ANZ [Championship] superstar shooter [Mwai] Kumwenda playing in their side, they probably won’t get a medal but I think they’ll push a few teams for sure.”

The four major teams in the tournament – Australia, New Zealand, England and Jamaica – all have stars playing in the Trans-Tasman competition, showing the strength of the local competition.

Australia’s World Cup squad is made up of eight women who played in either side in the 2015 ANZ Championship final in June.

Day One of @netballworldcup is here! This is what we train for. #brilliance #NWC2015 pic.twitter.com/tiS320aUWd

After a demanding, closely contested final, which the Queensland Firebirds won in the final seconds, the players had to come together as a squad to play for their country.

“I reckon the adjustment would be pretty good. I mean these people are professional athletes. They know how to switch over pretty quickly,” Carbonaro says.

The team are coming together for a tournament where nothing less than gold is satisfactory.

The number one ranked side in the world was unbeaten in 2014, but coach Lisa Alexander told Fairfax that she’s prepared her team so if a loss comes during the tournament, it won’t affect the Diamonds significantly.

“It’s going to happen at some stage, because it always does, and it will be a matter of us being resilient and pulling together and getting back to what we need to do to ensure victory,” she said.

Alexander has signed a new contract and will remain as coach of the Diamonds until at least the end of 2019. This means she will also lead Australia to the next World Cup in Liverpool, England in four years time.

Carbonaro says this was an obvious decision based on her success as coach, as well as the work she does to develop Australia’s upcoming elite players.

“During her role as Australian coach she also oversees the pathways below the Diamonds as well. And she has played a big role in ensuring a lot of these younger players are identified.”

Carbonaro summed up the depth in the Australian team when asked to nominate a key player in the side.

“There’s so many to choose from. They’re such a good side.”

The Diamonds begin their pursuit of a third straight world title when they play Trinidad and Tobago at 9.05pm tonight. The full fixture for the competition is available here.

Lauren Bordin is a third year Bachelor of Journalism (Sport) student at La Trobe University. You can follow her on Twitter: @laurenbordin