Experts warn restrictions in the CBD will place the homeless in danger. 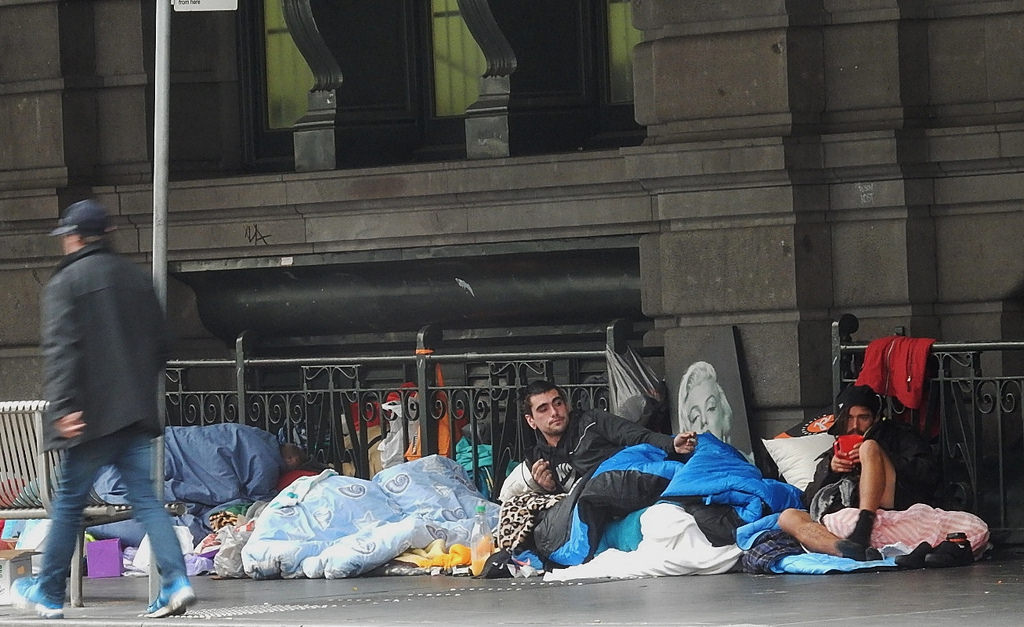 Melbourne City Council is set to implement a permanent plan to deal with Melbourne’s homeless by removing homeless camps and settlements in the CBD.

Policy and Communications Manager for the Council to Homeless Persons, Kate Colvin, believes this will force Melbourne’s homeless to move elsewhere, pushing the homeless to live in more dangerous conditions.

“It would not achieve anything in terms of having less visible numbers of homelessness on the streets of Melbourne because, the fact is, people just don’t have anywhere else to go.

“It will increase the sense of harassment that [homeless] people will feel … and they may move to less visible parts of the city to avoid that harassment.”

Despite being named the most liveable city in the world for the seventh consecutive year, there are growing numbers of Melbournians who are suffering from homelessness.

The Council to Homeless Persons reported that the numbers of people rough sleeping in Melbourne increased from 140 people in 2014 to 247 in 2016, a jump of 74 percent.

Colvin says the new plans will increase the vulnerability of homeless in the city.

“If people do move to a less visible corner of the city, they will actually be more vulnerable to assaults or abuse,” she tells upstart.

“Part of the reason why people are found sleeping on Melbourne’s busy streets is because that’s where it is well lit, there are CCTV cameras.

“So people are more likely to feel safe than a more isolated part of the city,” Colvin says.

The Council to Homeless Persons is campaigning against the new laws with messages sent via Twitter using the ‘KeepYourHeart’ hashtag.

This month @cityofmelbourne plans to vote on how they’ll deal with #homelessness. We hope they vote to uphold #humanrights #KeepYourHeart pic.twitter.com/ejnqn0vQDF

According to the ABC, Melbourne City Council had already voted in favour of banning camping in the CBD in February. That ban, if implemented, would have required an amendment to the Activities Local Law 2009, altering the meaning of ‘camping’ to encompass any type of temporary accommodation.

Lord Mayor Robert Doyle told the Herald Sun that those proposed laws were put on hold as he preferred to work with police and homeless agencies in reducing homelessness.

Colvin believes that the change, if it does go ahead, will allow Melbourne City Council to apply the new broader definition of camping to effectively ban rough sleeping in the city. She believes there should be a more comprehensive approach to the issue.

“You need to look at underlying causes of homelessness. Things like mental health, domestic violence, drugs and alcohol,” Colvin says.

In January, Victoria Police Chief Commissioner, Graham Ashton told media that the laws were designed to target those who beg and harass pedestrians for money.

“These people are not homeless. These are people that are choosing to camp … because people are visiting the city at this time of year and there’s more people to shake down for money,” he says.

Ashton believed tourists would be targeted by beggars on the streets of Melbourne, particularly during events such as the Australian Open.

This led to clashes between police and protesters in Melbourne’s CBD after police attempted to forcibly remove homeless people.

Welfare organisations are concerned that moving people from the streets of Melbourne will place a greater demand on outer city suburbs and towns to deal with growing homeless numbers.

Neal Taylor, CEO of Holy Fools, a homeless welfare organisation based in Lilydale, says there has already been a spike in numbers in the area since the controversial efforts to remove the homeless from the CBD.

“We’ve already started seeing an increase of homeless people coming out based on the changes that have already taken place in the city,” Taylor tells upstart.

The report found that 37 percent of those who are sleeping rough over the last two years are already located in Melbourne’s middle to outer suburbs. This compares to the much lower figure of 6 percent of Victoria’s 22,000 homeless living in the City of Melbourne.

“The media seems to focus on the city, and yes, homelessness really does exist in the city, but it’s not just focused in the city, it might just be more visible in the city. But it’s everywhere,” Taylor says.

There are fears that these outer suburb locations are already unsuitable in providing services to existing numbers of homeless populations.

“Lilydale and the Yarra Ranges has no crisis accommodation at all, so if you are homeless, there’s not a lot we could do in the sense of providing accommodation. The best we can do is provide care and welfare until such places become available.

“There are quite a few people who are going to be surprised at the influx,” Taylor says.

Melbourne City Council released a statement earlier this year regarding the potential changes.

“The City of Melbourne is not banning homelessness. It is not illegal to be homeless.

“The penalty for camping in public places has not changed. However, we have proposed 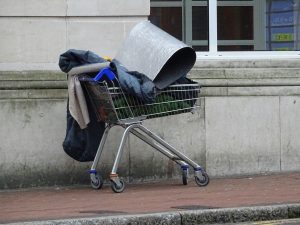 a penalty for leaving items unattended in a public place,” the statement reads.

Melbourne City Council emphasised removing waste from the public as a feature of the new laws, highlighting the removal of 2,750 kilograms of discarded items in clean-up operatoins. They downplayed the affect on removing the homeless from the CBD.

Other potential laws would grant powers to council officers to confiscate unattended items left on the streets of Melbourne and to fine those responsible.

This will allow officers to remove temporary living quarters set up by the homeless in the city.

The Herald Sun reported that new measures came at the request of the Victoria Police, who asked for the council to have greater powers to remove items in public.

Jed Lanyon is studying a Bachelor of Media and Communications (Sports Journalism) at La Trobe University. You can follow him on Twitter @JedLanyon