Melbourne’s comedy scene has added another string to its bow with the integration of podcasts. 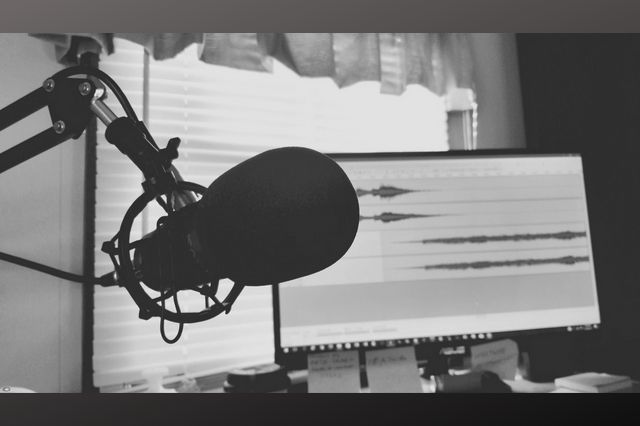 The global phenomenon of podcasting has been making a lot of the noise recently.

According to Crikey, Australia is in a ‘podcasting boom’ with the ABC stating that there are over 200,000 unique podcasts available to listen to.

Podcasting is fast becoming a part of the comedy culture that Melbourne has made for itself, with both its ease to produce and to listen to.

The comedy scene is deeply rooted in Melbourne’s culture with a rich history of comedians, comedic television shows and film, as well as the world-renowned Melbourne International Comedy Festival (MICF).

Comedian and host of quiz-based podcast ‘Don’t You Know Who I Am?’ (DYKWIA), Josh Earl, has ventured into TV writing, radio and even hosting a relaunch of ABC’s hit show ‘Spicks and Specks’ in 2014.

Earl is currently a writer for Channel 10’s ‘The Project’, but podcasting has become more of a viable option creatively.

“I got into podcasting because I wanted to be able to control the content I was making,” Earl told upstart.

“As much as I loved doing TV and radio, both were someone else’s vision, whereas my podcast is 100% my vehicle, from the questions, guests and even editing.”

The flexibility and freedom of podcasting has proven to be a massive win for creators.

Such is the case for Melbourne comedy podcast ‘The Little Dum Dum Club with Tommy and Karl’ who upload an episode every Wednesday, and have done so since 2010.

Podcast hosts Karl Chandler and Tommy Dassalo have been mainstays of the Melbourne comedy scene for decades, through their solo shows at the MICF and both have worked in TV, but their podcast takes up most of their time.

“Between getting a two hour show out every week, plus organising live shows, it’s a proper occupation for us.”

‘The Little Dum Dum Club’ amasses over 20,000 listeners per episode and has been able to grow an audience globally. Having just recorded their 450th episode in a sold out three show run in London, the podcast is clearly a hit worldwide but Chandler and Dassalo are as surprised as anyone by their podcast’s growth.

“I’d love to have a better answer than this, but, we just try to do a good job,” Chandler said.

“‘I don’t think you can really do this stuff by design, you just have to try to make it good and then it grows from there,” Dassalo said.

The growth of podcasting means that creators are having to deal with competition all the time, causing the need to monetise their product.

Podcasting Networks have become an easy way for creators to connect with advertisers with recently launched Melbourne network, Planet Broadcasting, already becoming a frontrunner in the industry.

CEO and co-founder of Planet Broadcasting, Claire Tonti, runs the largest independent podcast network in the country and is still learning along the way.

In an interview with PR agency ‘Isle of Lime’, Tonti shared her experiences from being a primary school teacher to becoming the CEO of Planet Broadcasting.

“Planet Broadcasting began as a side hustle,” Tonti told Isle of Lime.

“My husband created the YouTube channel Mr Sunday Movies and the podcast The Weekly Planet with a good mate Nick Mason around 8 years ago whilst we were teaching in the remote indigenous community, Kalumburu.”

“They worked on the creative and I began developing the business and advertising revenue side of the company.”

Planet Broadcasting podcasts have been sponsored by brands such as Harry’s Shavers, Lenovo and Netflix, to name a few.

According to Planet Broadcasting’s website, 65% of podcast listeners report buying something they’ve heard on a podcast so podcast sponsorships are beneficial to listeners too, with podcasts offering coupon codes and special offers to select businesses they advertise.

Both of the aforementioned podcasts have worked with this network in the past, with DYKWIA still a partner in the program.

The podcasting boom is only going to get bigger and with a thriving comedy scene, it is no surprise that both creators and advertisers are tapping into that market.

Combining exciting content that appeals to a range of people and a strong business sensibility to help market and monetise these ideas, podcasting will be a force to be reckoned with.

Heath Sheahan is studying a Diploma of Media and Communication at LaTrobe College. You can follow him on twitter @HeathSheahan.