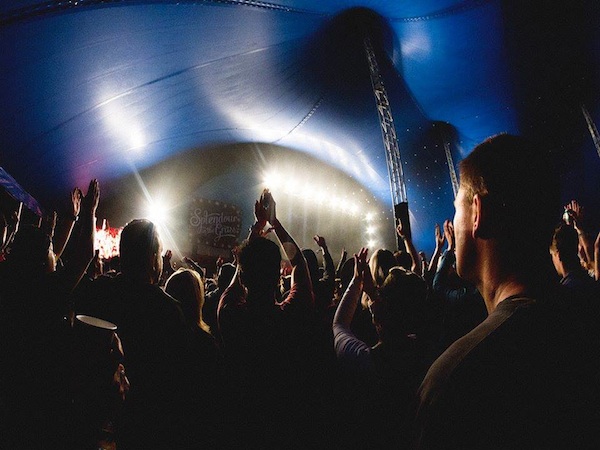 Spring has sprung and the festival season is almost upon us.

Countless festival goers are already picturing themselves lazing on the grass with friends, soaking up that friendly atmosphere while watching their favourite artists perform live.

Nevertheless, those days are slowly deteriorating and it appears the festival audience have fallen out of love with live music.

Going to a big outdoor gig used to mean something; it was powerful, it was influential, and it had the ability to bring a large crowd of strangers together.

However, as ticket prices have soared in recent years there has been a veritable invasion of attendees whose motives lay elsewhere – predominantly, driven by the desire to say “they were there”.

After spending four days at Benicassim Festival in Spain earlier this year, it’s seems this might be a global phenomenon.

It was apparent that watching live music was no longer the primary aim on the festival-goer’s agenda. Along with the usual festival suspects – sex, drugs, and alcohol – the next highest aim was the ability to tell people you’ve been to a festival.

When attendees were asked which artists they were eager to see, often the answer was, “we don’t actually know who’s playing.” 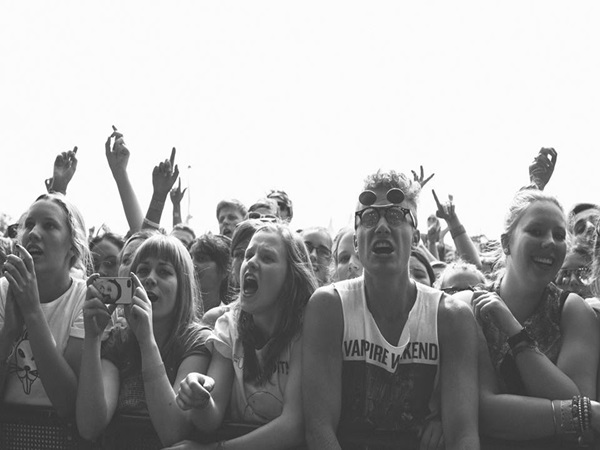 In a poll conducted by MSN in the UK, over 2,000 festival goers were asked why they attend music festivals.  British music magazine NME reported that an astounding 55% of those surveyed would, “rather spend time taking drugs, having sex and drinking than watching bands perform live.”

According to MSN’s research, 21 per cent had used drugs, 13 per cent had gotten into a fight and a staggering 47 per cent of attendees admitted to doing something they wouldn’t normally do outside of that particular environment.

It’s unfortunate that a large number of festival goers are likely to indulge in activities that are either annoying or potentially harmful to others.

These behaviours were dually noted by distinguished Australian psychedelic rock band, Tame Impala who received criticism for their comments about contemporary festival goers.

Front man Kevin Parker told Rolling Stone Magazine that, “We’re [Tame Impala] afraid of festivals. We’re afraid of going to the other side of the fence.”

Parker also mentioned the change in the type of crowds: “The crowds have changed too. It was a bit more wholesome back then. Back then, it was more about the music. Now, not so much. Now it’s more about muscles and how little clothing you can wear.”

“If it’s a dance music festival or mainstream festival, there’s maybe like 10 per cent who pay attention to the music,” he added.

Melbourne-based photographer, Aleksandar Kostadinoski shared his experiences of working at music festivals and the evolving crowds.

“I’ve come across many of these so called ‘music lovers’ and they have no clue who’s playing or when they will be on stage. They slide around the event grounds from stage to stage literally following everyone else,” Kostadinoski says.

“There’s always that male who looks like they’ve spent half of their teenage life at the gym in preparation for the festival. Or those annoying people with camera phones who record every second of every gig,” he added.

It’s obvious that our approach to live music has changed and because there’s such a variety of bands playing at festival gigs, it can encourage all sorts of patrons.

“The more people, the more dollar signs. And with music being easier to access, festival organisers will book artists that appeal to anyone and everyone,” Kostadinoski says.

With Australian music festival the Big Day Out attempting to cater to all music types, there’s always going to be those annoying “uninterested attendees”.

But then again, considering the way festivals crowds are evolving it seems to be a more dominant issue these days. Soon you’ll be fighting off dispassionate festival-goers just to get a glimpse of bands that you probably paid an arm and a leg to see.

Erin Lyons is a third-year Bachelor of Journalism (sport) student and a staff writer for upstart. You can follow her on Twitter: @erinmaylyons.