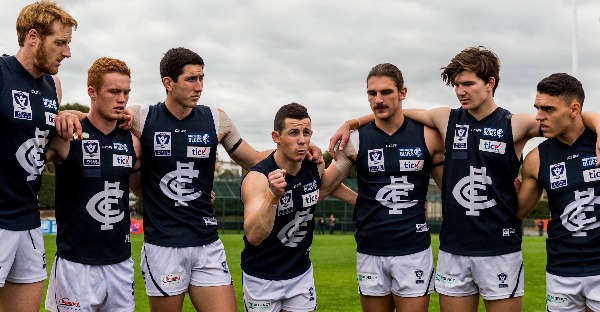 A young player is usually characterised by talent rather than an ability to lead. Traditionally, the term “leader” in football conjures images of the older, seasoned player who can share wise words and experiences.

Some elite sporting clubs are challenging this idea and supporting emerging young leaders in an effort to build the foundations of a strong club.

The Northern Blues Football Club is currently one of the youngest teams in the VFL competition with 22 players aged 22 or under in their listed squad of 30. At this semi-professional level, their experience is limited to 27 of these players having only played 10 games or less at the beginning of the 2018 season.

Some might think this not only indicates a lack of game experience, but also a lack of suitable leaders to ensure effective communication between players and coaches.

Instead, the club’s development staff are placing significance on developing and nurturing young leaders, believing it will enhance opportunity for the whole club to grow and evolve at the same time

The appointment of team young guns Mason Blakey (19), Kane Keppel (20) and Marcus Stavrou (19) as co-vice captains is a prime example of creating opportunities for young players to lead.

The club coaches are well aware these young men have experienced little exposure to footy at the VFL level; all having played less than 10 games at the beginning of the season. 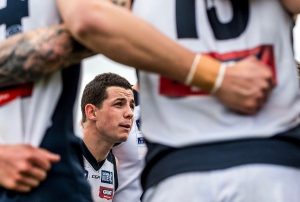 Shane Watson, Head of Development at Carlton and Northern Blues’ defensive coach, does not put any pressure on them to become instant leaders.

The prime example of what the club’s belief in their young leaders can produce is current captain Tom Wilson.

First selected as part of the leadership group at the age of 22, hard work and consistent development prompted Wilson’s appointment as captain just two years later, stepping up from the position of co-vice captain held during the 2015 season.

Wilson’s transition through these roles provided an opportunity to develop his leadership skills and become aware of the importance of each individual player.

“Also getting to know your teammate off the field, knowing what they do outside the footy club and valuing that leadership.”

Watson believes Wilson is a quality player that younger players can learn off and an authoritative figure that demands a fair bit from the group.

For Watson, the key to being a potential leader is being a participant and not a recipient.

“Young guys that come into the system and aren’t afraid to speak up and get things wrong. They have a go at what they think the coach is asking of them,” he said.

“It’s a responsibility, a sense of ownership comes from that and you have to be a role model for what you stand for and what the footy club stands for,” he said.

The ability to transition smoothly up the leadership hierarchy is also pivotal in a leader’s development.

“If it is a slow transition, they [players] have some [leadership] foundation and know what to do and how they want to lead,” Wilson said.

Watson encourages the players to celebrate the little wins. These wins might not be the winning of a game but the achievement of continual improvement as individuals and a team.

“For the supporters it’s showing them the little wins,” Watson said.

“Saying it might not happen now but the things the club is putting in place has a big picture attached to it. While you have a little bit of pain at the moment, we are hoping that success will come.”

Caitlin Pilatti is a first year Media and Communications (Public Relations) student. You can follow her on Twitter @caitlinpilatti