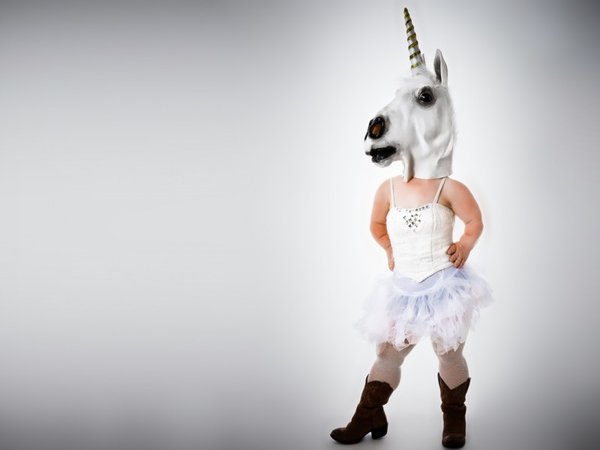 In her comedy debut, Emma J Hawkins throws the audience down a rabbit hole and they emerge in a world of quirky characters.

“I am not a Unicorn is a satirical look on my life. A life in a world that doesn’t fit me because I’m a short statured person,” Hawkins told upstart.

“People look at me sometimes like I’m a mythical creature, like I’m a unicorn walking down the street.”

Hawkins’s material plays on stereotypes that others may apply to her as a short statured person.

Out of the four characters she plays throughout the show, her rejection of stereotypes is probably best captured in Alice. The drunk and deviant fairytale character invites us into her tiny house where we find her swearing about her day-to-day life.

The world also includes a wicked queen, John the train driver and the elusive unicorn. Each character is unique, witty and in some way sheds light on the issues that Emma has faced in her life at 103 centimetres tall.

“It is a part of my life. And I believe that if there is an elephant in the room you might as well mention it and use it,” she says.

At age 36, Hawkins has an impressive amount of work behind her. Her career as an actor includes theatre, cabaret, Shakespeare productions such as King Lear and even a brief stint as a circus performer.

Although she loves the variety in her career, Hawkins is aware that her height can limit her in the industry.

“It definitely has affected my career because I know I don’t get put up for certain parts and roles because of my height and what I look like,” she says.

“It has excluded me somewhat in the industry so I’ve just started to create my own work.”

As artistic director of her own company, Atypical Theatre Company, her productions encourage and embrace difference. Emma supports the open discussion of diversity in arts as growing up she found it difficult to be a performer when people like herself weren’t reflected on stage.

“In normal life short statured people are doctors, mothers and all types of people so that should reflect in our art too,” Hawkins says.

The 50-minute show provides the perfect platform to discuss these issues whilst the comedic relief keeps the dialogue from getting too heavy or political.

“Comedy is quite a good way to get your message across and get the audience on side,” she says.

“I’m a mid-career artist so I’m just trying to change how people perceive me in the industry. I’ve never done comedy before so it’s a new and exciting experience for me.”

It may be her first comedy show, but you wouldn’t know it from watching Emma perform effortlessly on stage.

She plays on the natural intrigue that surrounds her height but insists throughout the show that she is not a mythical creature or a doll to place at the end of your bed.

I am not a Unicorn is playing at the Melbourne International Comedy Festival until 18 April.