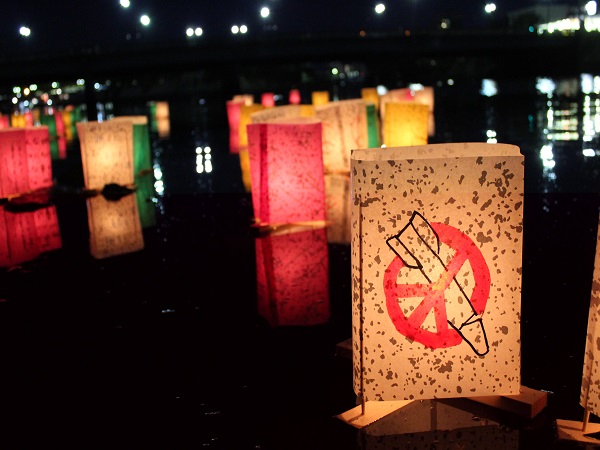 In 1945 the United States of America dropped an atomic bomb on the Japanese city of Hiroshima, resulting in the death of more than 150,000 people with many more injured.

The Atom bomb, codenamed “Little Boy”, was the first of its kind to be used in a military application and was preceded only days after by a second bomb dropped on Nagasaki, killing more than 70,000 people.

“The impact of the Hiroshima bombing lives on. Survivors continue to suffer the physical and emotional scars. We must never forget this dreadful war crime,” says Tim Wright, a member of the anti-nuclear group ‘International Campaign to Abolish Nuclear Weapons’ (ICAN).

“A nuclear-weapon-free world is possible,” says Wright. “Four countries – South Africa, Kazakhstan, Belarus and Ukraine – have totally disarmed. Others may soon follow. The overwhelming majority of nations are nuclear-free and have made a legal undertaking never to acquire nuclear weapons.”

Although the Australian government states that it is entirely opposed to the number of nuclear weapons held globally and are pushing towards permanent disarmament, it also acknowledges the American nuclear stockpile as being necessary to ensure our nation’s safety.

But should Australia base its opinion on good old fashioned strong-arming? When did a bountiful stockpile of nuclear weaponry instill a sense of security and balance?

Putting aside the moral cost and highlighting the financial, a nuclear warhead purchase can add up to $179 billion (soon to rise to $500 billion), with an estimated further $355 billion towards maintaining them.

This puts Australia in a seemingly hypocritical position of both advocating for and against disarmament. The Australian government claims that at this point in time nuclear weapons are a necessary evil for the survival and protection of our nation.

Wright states, “ICAN commissioned a Nielsen poll in April that showed that 84 per cent of Australians want the government to support a ban on nuclear weapons. Foreign Minister Julie Bishop, who opposes a ban, is wildly out of touch with public opinion.”

“There are still more than 16,000 nuclear weapons in the world. Every one of them is a catastrophe waiting to happen,” says Wright. “We must recall the horror of Hiroshima and constantly remind ourselves of the urgency of eliminating this threat for all time.”

Usually one of the front runners for the United Nations in terms of humanitarian rights, it seems odd that Australia would currently choose to reject disarmament.

Admittedly in modern times Australia has become heavily influenced by American culture, but for a country that is appalled by firearms in the community nuclear weaponry seems a step in the wrong direction.

“If we do not eliminate nuclear weapons, they will almost certainly be used again, whether by design or accident. We cannot allow that to happen,” says Wright.

This reflects on current world crises with both Russia and Israel military forces in command of a nuclear arsenal.

Hopefully a solution can be implemented rather than prompted by further disaster.