Ahead of the Rio 2016 Games, upstart Sports Editor Ben Cuzzupe takes you through the event of competitive sailing. 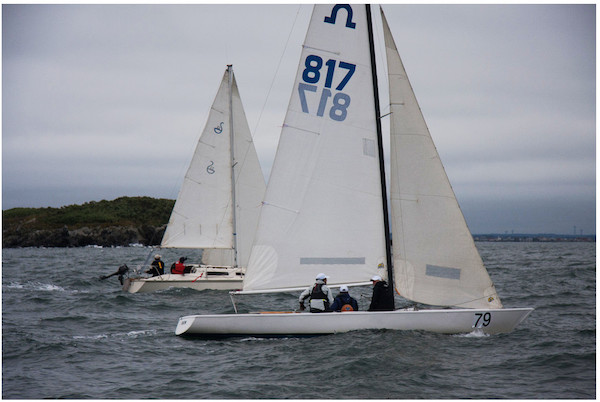 There’s a different build-up to competitive Olympic sailing ahead of this summer’s games in Rio de Janeiro.

The usual expectation for a heated contest remains, but there are concerns at a more human level.

With the spectre of the Zika virus hanging over competition, the event has become dangerous for a range of reasons. For the body of water that athletes will compete on, there are fears that it’s a breeding ground for the mosquitos that carry the virus.

As this narrative will play out throughout and after the games, let’s take a look at the sport that could be in the headlines for all the wrong reasons.

What is competitive Olympic Sailing?

There are three different forms of sailing in the Olympics – match racing, fleet racing and windsurfing (in which there are eight classes of boat). Match racing is one against one, whereas fleet racing is a mass start, where some competitors in a different class of boat can have different handicaps.

Competitive sailing began as an Olympic event in 1896, and was known as ‘yachting’ until 2000. At the very first modern games, Athens 1896, the regatta of boats was cancelled when they couldn’t source enough of them to form a race and host nation had no means to compete in the event.

As the event finally established itself after the 1900 games,there were only a handful of boat classes used; this expanded over time to include up to 16 classes. This was due to the variety in technological advances allowing for more diverse forms of sailing.

Swiss sailor and athlete Helen de Pourtales was the first women to win a gold medal in Olympic competition at the 1900 Paris Games.

The overall medal tally for competitive sailing stands with Great Britain as the most successful nation in the event. GB has 25 gold medals and 54 medals overall, while the United States have 19 gold and 59 medals in total.

A series of races determine who is awarded points depending on finishing positions in each race (first for example being given 1 point, thirtieth being given 30 points etc.).

10 boats with the lowest accumulative scores over the series of races can qualify for the medal race. In this final race, points are then doubled can then added to qualifying scores to decide the top ten positions.

There are ten gold medals on offer at Rio, with races broken down into different classes (boat size) and different formats.

Sailing has been simplified into two sets of four rules and two sets of three rules, with 15 rules in total. The first two sets of rules govern on-water and right of way rules, whereas the second pairs of three cover marks, obstructions, starting errors and interferences with other boats.

There were up to 91 rules to govern the sport, before these were radically simplified in 1997 to the 15 basic rules.

Despite these rules, sailing is considered to be a self-regulated sport in which competitors hold themselves to the highest form of sportsmanship and ‘retire’ if they severely breach these rules.

What is Australia’s sailing history?

Australia has been more than competitive at this event, 8th on the overall medal tally with 23 medals overall – 10 of them gold. At the 2012 London Olympics, Australia had overall three gold medals and a silver.

The national Sailing team conducted a major review prior to the 2004 games when the country had slipped in international standings, and has yielded strong results in all three Olympics since.

How will the Aussies fair at Rio?

Considering one of our three gold medal winners Matthew Belchan will be looking to defend his medal in the 470 class, with debutant Will Ryan. Both have finished on the podium at major race meets and performed strongly at a Rio test event.

Defending champions Nathan Outteridge and Ian Jensen who took out gold in London will be looking to back up their performances in the 49er windsurfing class.