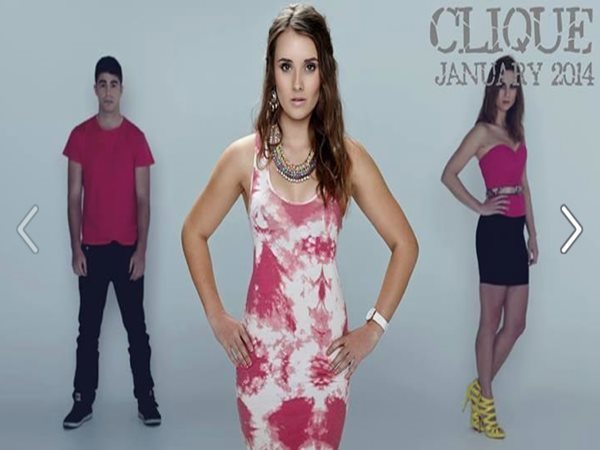 Independent film maker, Amanda Duckworth, has done what we’ve all dreamed of doing: she quit university and embarked on a mission to fulfil her wildest dreams.

After being inspired by her high school drama teacher, the Melbourne youngster has taken a leap of faith and created her own TV drama series.

At the age of 19, Duckworth vacated her tertiary studies to pursue a career in film. The now 20-year-old Altona resident has written, directed and produced a new Australian teen drama, Clique, set to air as a web series in January 2014.

Clique is an adolescent drama that delves into the lives of typical Aussie teens. The narrative follows the life of protagonist, Mackenzie Rodriguez, and her ‘Clique’ as they face the complications and tribulations of adolescence.

Duckworth says she has always been interested in film and Clique has allowed her to draw on real life experiences.

As a lover of Australian television, Duckworth explains how shows like the Australian teen drama series, Puberty Blues, have inspired her creativity.

“It (Puberty Blues) has influenced Clique in some ways, specifically in the way that it portrays parent/children relationships in Australia,” she says. 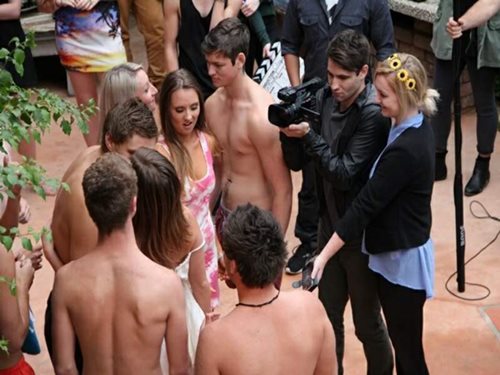 The fact that Clique was written and produced by someone barely out of high school gives the series an undeniable air of authenticity.

Funnily enough, the most astonishing part about the entire production isn’t Duckworth’s age. Rather, it’s her drive to maintain creative control. She purchased the filming equipment from her own savings and employed actors and crew members on a voluntary basis.

“There are multiple online agencies where you can find freelance artists, and I am very lucky to have found the perfect talent for the roles via these online sources,” says Duckworth.

It’s inspiring that Amanda has unearthed such a passionate group of young Australians who are focused on helping her achieve her dream.

Penelope Liersch, who plays Annabelle ‘Annie’ York, says it’s a highly rewarding experience to be involved in Duckworth’s production and she feels privileged to help her achieve her desired objectives.

“Everything Amanda has achieved in writing and producing Clique is remarkable and again, really inspires and motivates me to make Annie, and my performance of her, as real and detailed as possible,” says Liersch.

However, even with a supportive team behind her, Duckworth admits producing a TV series was not always a smooth ride.

“There are always difficulties on set, but we have a very supportive team and we manage to work everything out. I think the biggest issue is always time,” she says.

To the uninitiated, Clique may may sound like an average teen-geared drama series, but Duckworth and Liersch assure its originality.

“My biggest intention is to show a realistic Australian teenagers life. Real teenagers deal with these issues every day and I want to create awareness for these very heavy issues,“ she says.

“I’ve seen so many people go through tough times without any support, and I believe Clique can be that support.”

Duckworth has fashioned a highly controversial teen drama that will hit home with a lot of viewers.

Erin Lyons is a Bachelor of Journalism (sport) student and a staff writer for Upstart. You can follow her on Twitter: @erinmaylyons