La Trobe University staff and students were asked to weigh in on whether Australia should lower its voting age to 16-years of age. 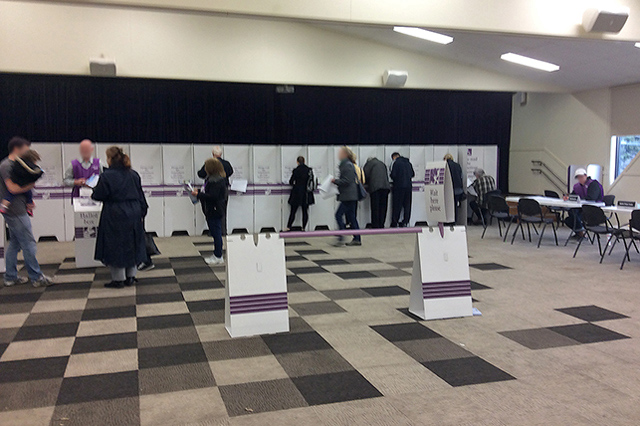 The Joint Standing Committee on Electoral Matters held a public hearing yesterday at the Victorian Parliament Committee Rooms, to see whether 16 and 17-year-olds should be given the right to vote.

This Bill would enfranchise 16 and 17-year-olds to a non-compulsory vote and allow 14 and 15-year-olds to enrol to vote, as well as making it possible for un-enrolled citizens to cast a provisional vote on election day.

“Sixteen and 17 year olds can legally work full-time and pay taxes, own and drive a car contributing to the maintenance of our roads and transport infrastructure, have sex and make medical decisions about their bodies, yet they can’t vote,” Senator Steele-John said.

“Lowering the voting age to 16 also represents an exciting chance to reinvigorate the way we teach civics education by bringing democratic participation into the classroom in a tangible new way and helping young people to form good voting habits early from a sound understanding of our electoral processes, not just however their parents vote.”

A number of youth groups, schools, and academics appeared as witnesses during the full-day public hearing on Thursday.

Upstart asked La Trobe staff and students for their views on the matter.

Do you think 16 and 17-year-olds should be given the option to vote?

“I think when you are that age and still in school, you are influenced by everyone around you and you are going to think with your feelings too much instead of actually understanding the policies.” -Bianca, student.

“I think they should be allowed to vote but I think it should be optional because the people who really care and are educated will know who to vote for correctly. Then those who don’t [and] can’t be bothered are usually the ones who vote silly, I would have liked to vote when I was younger.” -Charlotte, student.

“Absolutely, the decisions politicians make affect them as well also I feel like they should have as much say as anyone else.” -Tom, student.

“That’s a tough question, for me, it’s more about being educated to make sure that 16 and 17-year-olds are educated enough to make the right decisions that they feel comfortable with. It’s not so much about an age thing, it’s more a knowledge thing.”-Esther, staff.

“I don’t think so. It is going to affect the country, at 18 you are a bit more mature about your decisions, 16 I think is a bit too early because you don’t know much about politics unless you are a politics student or interested in it. If you asked me at 16 to vote I would have just voted whatever I felt like [at the time.] -Ekam, student.