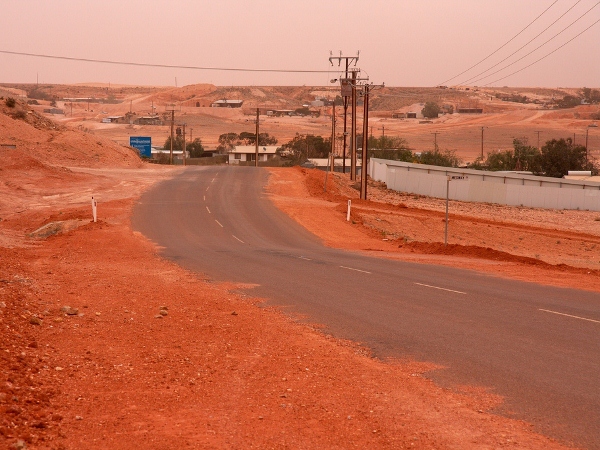 Liberal MP Rowan Ramsey, is a farmer turned politician and is well versed in the Australian outback, as well as the South Australian people he serves.

His vast electorate of Grey covers over ninety per cent of South Australia, stretching from Whyalla and Port Pirie all the way to Coober Pedy, and includes many indigenous communities.

Ramsey, a father of three with his wife Teresa, was originally a farmer by trade and was inspired in his politics by his years working on the land in some of the most remote areas in Australia.

“To be very broad, farmers have a lot of time to think and we develop opinions. Because where I farm is on the edge, it’s in marginal country and you tend to think about the big things. About the economic drivers that are governing our country,” he says.

First elected in 2007 and then again in 2010 by an increased margin of 6.1 per cent, Ramsey’s seven years in parliament have always been driven by his dedication for putting education first.

Ramsey is the deputy chair on the House Standing Committee on Education and Employment and is one of the key players involved in reviewing the Education Bill in response to the Gonski review.

With education his priority, his current concern is connecting education to the remote communities of Grey.

In South Australia, according to Ramsey, just over seven percent of the population are indigenous and there are many isolated indigenous towns, especially the Anangu Pitjantjatjara Yankunytjatjara (APY) lands, that are difficult to reach and at times difficult to govern.

Ramsey is concerned with the rate of crime, alcohol abuse and sickness within these communities. He admits that some of the isolated indigenous people are coming in to the towns and causing problems.

“Sometimes they come for health reasons but often they just come for booze. They come and disrupt the locals lives and the local indigenous peoples lives. They wreck their houses, empty their fridges and basically disrupt their lifestyle,” he says.

The Labor government has recently come under fire from Ramsey for abandoning its plan to open a Drug and Alcohol Centre in Port Augusta, an initiative that could have helped with some of the drug and alcohol abuse in the more isolated areas.

Aboriginal activist, Tauto Sansbury, an ex-Labor representative who lost out to Ramsey in the 2010 election, also believes that the federal government is not helping indigenous Australians within South Australia enough.

With abuse and unemployment a serious issue in these areas, Ramsey believes it all comes back to education.

“Education is the answer, but actually connecting to be able to deliver that education is an enormous challenge,” he says.

Ramsey was involved in the ‘Closing the Gap’ house debate in parliament, a forum discussing the indigenous issues that need to be addressed moving forward.

His chief concern was that keeping the communities the way they are is going to make things worse, as he believes education and employment need to be in the foreground of how these communities are structured.

He hopes the next generation will be the kind of generation “who will probably see the need to move on for economic reasons, because there are no economic drivers in those communities”.

“So unfortunately for the people living there, they can only be supported by welfare. Welfare is totally destructive to family lifestyle, health, in just about any indicator you’d like to name,” he adds.

Dependency on welfare amongst indigenous people is a state and national issue. For the people living in these remote areas of South Australia, Ramsey is concerned that welfare dependency will remain due to a lack of local employment opportunities. It is a concern that is one of the top priorities for Ramsey’s electorate and something he wants to change.

“Now our ability to deal with the remote indigenous issue is going to be an ongoing concern for whoever is in government. And both sides of politics are reasonably concurrent about the problem,” he says.

Ramsey hopes that in the near future, more effective strategies encouraging education and employment can be implemented by the government to help better the lives of indigenous South Australians in these remote outback communities.

“Everyone would like to do much much better. We need to do better,” says Ramsey.