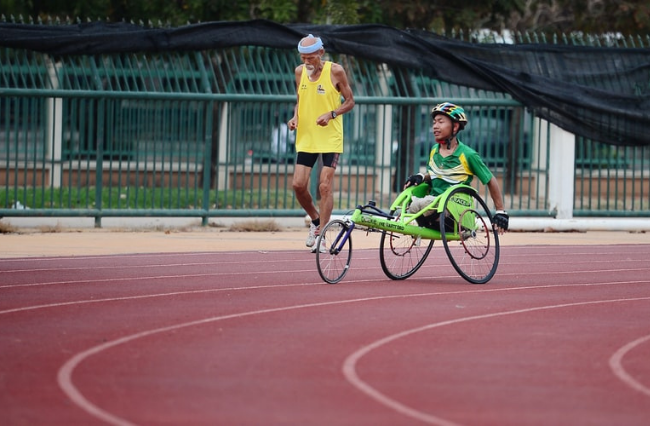 Zakia Khudadadi, Afghanistan’s first-ever female Paralympian will no longer be competing in Tokyo after Taliban forces shut down travel from the country.

Khudadai was supposed to be competing in taekwondo and heading to the Paralympics alongside discus thrower Hossain Rasouli in a two-person team. It was announced on Monday that neither of them would be able to take their scheduled flight out of the country for the Paralympics starting on the 24th of August.

Afghan chef de mission, Arian Sadiqi, said both Khudadi and Rasouli were due to arrive in Tokyo on Tuesday. He also said that the athletes had been trying to secure flights but leaving the country became nearly impossible after prices soared as the Taliban took over a string of cities.

“Unfortunately due to the current upheaval going on in Afghanistan the team could not leave Kabul in time,” he told Reuters. “They were really excited prior to the situation. They were training wherever they could, in the parks and back gardens.”

After the Taliban takeover, however, there have been reports of restrictions being enforced on women. This includes news of women being ordered to give up their jobs and remain at home unless they are wearing the all-covering burqa and accompanied by a man.

Sadiqi said that this is a “heart-breaking” situation especially considering the strides Afghanistan has made in women’s freedoms over the past two decades.

“At the national level there was a lot of participants, a lot of athletes … but we can only predict from what happened in the past,” he said, “previously during the Taliban era people couldn’t compete, couldn’t participate, especially female athletes.”

“This was history in the making. She was very passionate to compete. Zakia would have been a great role model for the rest of the females in the country.”

This is a stark contrast to just six days ago when Khudadadi spoke of her happiness to compete in the games in a video posted to the Paralympic Games’ Twitter accounts.

“This is the first time that a female athlete will be representing Afghanistan at the Games and I’m so happy,” she said. “I just want to be there with the other athletes from the world and give my best. It is an opportunity to show my ability and I will be so proud to stand with all of those athletes.”

Although, Khudadai and Rasouli weren’t the only ones impacted by the travel ban as many others tried to flee the country at Kabul international airport.

At the airport, which is still under US military control, several people tried to cling to the outside of the US military plane. According to an unnamed US defence official, seven people were killed on Monday during the chaos at the airport.

Videos of the chaos were taken by Iranian journalist Morteza Kazemian and posted to Twitter.

While the airport is still open, the German government has pledged to rescue as many foreign nationals and local staff as possible.

Photo: Man using green wheelchair for walking by Arisa Chattasa is used under a creative commons licence and is available HERE. The image has been resized.