What matters most to you? Read up on the key policy battlegrounds surrounding climate change before the federal election on May 18. 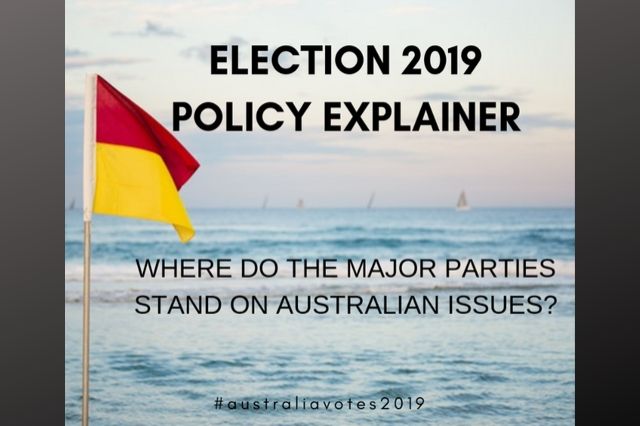 The Upstart policy guide will be a two-part series that will give readers a summary of the key policies of each major political party. This explainer will break down where the major parties stand on climate change.

The 2030 Agenda for Sustainable Development ceases in just 11 years. This agenda, along with the Paris Agreement, creates much of the basis for the climate change policies and promises being made leading into the election.

One of the major foci of the agenda is “planet”. The UN (United Nations) is determined to protect the planet from degradation so it can support the needs of the current and future generations.

The aim of the Paris Agreement is to strengthen the global response to the threat of climate change, keeping the global temperature rise this century well below two degrees above pre-industrial levels. The agreement also pursues the efforts to limit the temperature increases even further to one and a half degrees and to strengthen the ability of countries to deal with the impact of climate change.

The two major political parties and the Greens all have different policies in the 2019 election about how’ll they respond to the agreement and combat climate change in Australia.

Another aim of the Liberal Party is to invest in renewable energy. In 2017, the investment of renewables reached record levels in Australia, increasing by 150 percent. Australia was ranked seventh in the world last year for clean energy after an $11 billion investment. This was much better than 2015, when Australia was 110th  in the world.

The Liberal Government claims that renewable energy will reach 23.5 percent of Australia’s electricity supply by 2020. The Liberal Party’s 2050 long-term sustainability plan for the Great Barrier Reef has been endorsed by the World Heritage Committee.

Along with the Queensland Government, the Liberal Party promises to place a record investment of more than $2 billion towards the reef. This comes after the controversy surrounding the party’s $444 million grant to the Great Barrier Reef Foundation in April last year. Part of the plan describes aims to protect threatened species, provide better land care, create cleaner and greener communities and reduce waste.

The Greens advertise the belief that “we should protect our environment and we should all have access to the services we need in life” on their party’s homepage.

Leading into the 2019 federal election, the Greens want to create a renewable economy that tackles climate change, creates jobs, improves the affordability of bills, makes energy more reliable and builds a future where the environment, wildlife and future generations thrive.

The party claims that “we [Australia] have everything we need for renewables revolution.” Australia is one of the hottest countries on the planet and with the cheapest form of new energy being renewables, this makes a great mix. The Greens have lifted the renewable energy target to 100 percent by 2030.

They note the fact that big resource companies have donated $5.9 million to the major parties since 2012, which has bought their influence, delaying the transition to renewables.

The party want to look after the oceans, forests, rivers and reefs. Currently, Australia is a top-10 deforester country, but the Greens intend to change this. The Greens plan to assist in reversing coral bleaching in the Great Barrier Reef and to protect the Great Australian Bight, located from Cape Pasley WA to Cape Carnot SA, and the Murray-Darling basin, located in the south-east of Australia. The basin produces one-third of Australia’s food supply and over a third of Australia’s gross value of agricultural production, which has led to it as being labelled as Australia’s most important agricultural region.

Labor claims it is “the only major party committed to real action on climate change”. The party accepts the science of climate change and will fully endorse the Paris Agreement, committing to the one-and-a-half-degree threshold.

This has been seen as threatening to tradies’ utes as well as other petrol and diesel-powered vehicles. Bill Shorten is adamant that 50 percent of apprentices will be driving electric vehicles under his government. This is a policy that the Liberal Party is opposed to, with Senator Michaelia Cash saying: “We are going to stand by our tradies, and we are going to save their utes.”

Labor promises to invest in renewable energy and batteries, which it believes will harvest more jobs and cut power bills. Along with this, the Bill Shorten Government plans to tackle transport emissions. Transport emissions currently make up almost 20 percent of Australia’s pollution, being one of its fastest-growing pollutant sources.

Labor also promises to work with businesses to help reduce pollution. The party plans to phase in a cap for heavy polluting businesses to 25,000 tonnes of carbon emissions a year, down from 100,000 tonnes under the current government. The party also intends to assist the land sector to cut its emissions, providing farmers and the forestry industry with new opportunities to earn income. They would expand a voluntary scheme that financially rewards farmers who plant trees, retain vegetation or reduce carbon pollution by other means. This plan has been praised by the National Farmers Federation.

If you missed out on part one: ‘Economy, social welfare and employment’ of the two-part series, click on the heading to catch up.

Taylor Dawson is a second year Bachelor of Media and Communications (Journalism) student at La Trobe University. You can follow her on Twitter @tay_lordawson

Photo by Nathan Cowley from Pexels