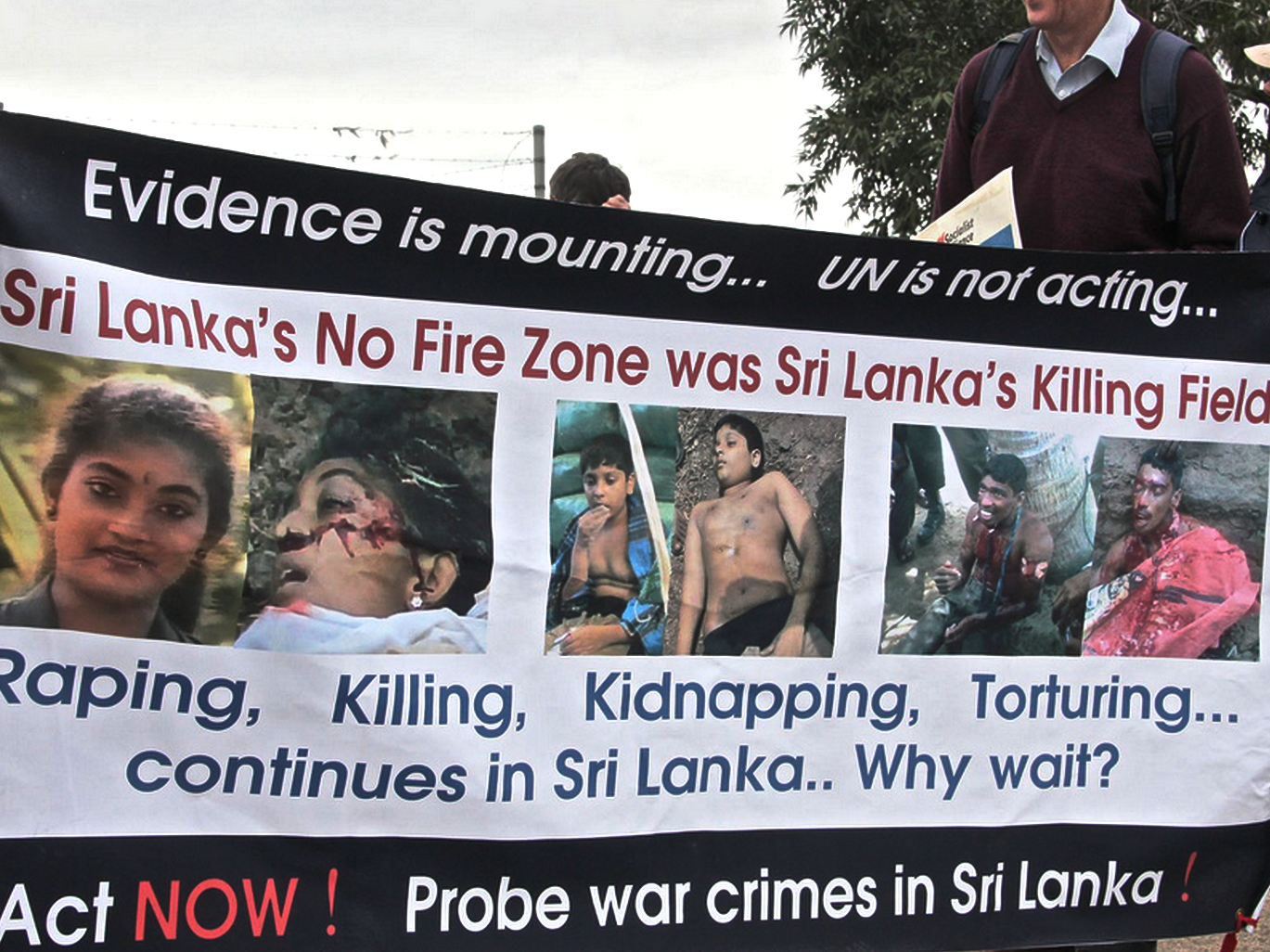 In part one, Nat Kassel explained why some Sri Lankan Tamils are coming to Australia by boat and the effects of Australia’s hardline deterrence policy. He now discusses how Sri Lanka’s recent leadership change could affect the Tamil minority.

On 8 January 2015 Mahinda Rajapaksa, the president hailed for winning the war against the Tamil Tigers, lost a very close election to Maithripala Sirisena.

Sirisena had been the health minister within Rajapaksa’s administration until 21 November 2014, the day after the election date was announced. This is the day he defected and ran against the government.

Sirisena later said he could no longer support Rajapaksa because he “had plundered the country, government and natural wealth”.

Indeed, the former government’s track record on human rights was an issue of contention, especially at the end of the war in 2009.

A 2011 United Nations (UN) report found “credible allegations” of war crimes and crimes against humanity committed by the Sri Lankan Army under Rajapaksa’s rule. As highlighted in part one, the report estimates up to 40,000 Tamil civilians were killed in the final months of the war.

Both Rajapaksa and Sirisena are Sinhalese Buddhist nationalists; however, President Sirsena has already shown a greater dedication to national reconciliation with the Sri Lankan Tamil population and increased cooperation with the UN.

Eight days after being elected, President Sirisena made a symbolic gesture to the predominately Tamil community in the Northern Provence. He removed the governor, a former army commander, and replaced him with a retired diplomat.

On 29 January the Sri Lankan government pledged to free hundreds of Tamil detainees and thousands of acres of their land that were seized by the previous government during the war.

President Maithripala Sirisena, or “Maithri” as he is endearingly referred to by many Sri Lankans, appears to be reaching out to the Sri Lankan Tamil minority. But the extent of President Sirisena’s commitment to Tamils remains uncertain.

In February Sirisena’s government requested the UN defer their enquiry into government-perpetrated war crimes at the end of the conflict. The UN Human Rights Council agreed to postpone publishing their report for six months in order for the new government to hold their own enquiry.

Tahir Arayar*, a Sri Lankan Tamil based in Colombo, told upstart that it would be better for the Sri Lankan government to hold its own investigation.

“It might involve a lot of crimes not coming to light, but it would at least not bring about another ’83 type riot,” she says, referring to the “Black July” riots in which thousands of Tamils were murdered in the streets of Colombo.

“The reason is, right now Mahinda [Rajapaksa] is a hero for winning the war, and the international community, along with the UN, are considered to be Tamil Tiger-supporting organisations in the minds of many Sinhalese from rural parts,” she says.

Arayar’s comments reflect the lingering fear felt by many Sri Lankan Tamils, as well as the serious consequences that could result from such a report.

Other Tamils feel cheated by the delay.

Nirmanusan Balasundaram, an exiled Tamil journalist and human rights defender, told upstart that past government commissions have failed to identify and punish perpetrators.

“Each government used [the commissions as] a time-buying strategy but nothing delivered justice to the victims and survivors.”

The UN High Commissioner for Human Rights, Zeid Ra’ad al-Hussein, said he delayed the release of the enquiry due to the “changing context in Sri Lanka”.

“I am acutely aware that many victims … might see this is as the first step towards shelving, or diluting, a report they have long feared they would never see,” he said. He then offered reassurance that those responsible would not go unpunished.

British prime minister David Cameron wrote an article published in Tamil Guardian on 10 March, pledging that those responsible for war crimes would be held accountable.

“I will urge President Sirisena to deliver on his commitments to tackle the challenges that are holding Sri Lanka back,” the article read.

But while the UN and the international community are focused on holding the previous government to account, Arayar referenced the limits of a bureaucratic solution.

“War is a crime. It doesn’t matter if they have an enquiry or not. It’s not going to bring the dead back to life,” she says.

For her and many others, the damage done can never be completely righted. However, at this point, accountability seems an important and logical step towards reconciliation.

Whether President Sirisena’s new government can deliver their promise to identify and punish those responsible for the deaths of 40,000 Tamil civilians remains to be seen.

Until then, Sri Lankans, both domestically and in diaspora communities around the world, remain hopeful.

Nat Kassel is a third-year Bachelor of Arts student, pursuing a double major in journalism and anthropology. He spent the last six months living and studying in Colombo, Sri Lanka. You can follow him on Twitter: @natkassel.