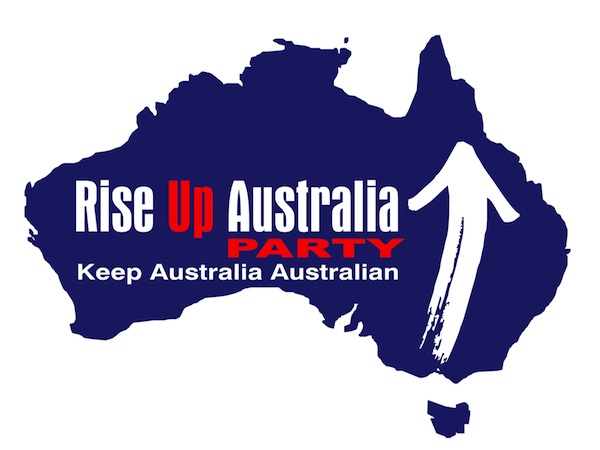 A record number of parties have registered ahead of this year’s election. Over the next few weeks, we’ll be digging into the newest entrants to political thunderdome. Next up is the Rise Up Party.

With its key objectives surrounding the notion to “Keep Australia Australian”, its intention is to protect our culture by stopping the ‘Islamisation’ of Australia.

But, the party’s “not racist”.

Pater Vassiliou is the Senate candidate for Hotham and is gunning for a multi-ethnic Australia instead of a multiculturalist one, also represented in their party theme song.

“So essentially we are saying through multiculturalism we have to embrace certain minority groups which are not embracing our way of live, our laws or our values.”

“These groups embrace contrary laws, so multiculturalism provides a window or gateway by which these minorities can demand their rights.”

AUSSIE DIGGER CALLS THE SHOTS ON MULTICULTURALISM, ISLAM and KEEPING AUSTRALIA AUSTRALIAN! See all about… http://t.co/Sg6gDoDQR3

Believing multiculturalism is opening the country to the risk of ethnic enclaves, Vassiliou says Rise Up still embrace and welcome other cultures to our country.

“Under multiculturalism you are branded an intolerant racist.  You’re not accepting if you don’t tolerate everything people want to bring in,” says Vassiliou.

“We’re gunning for a multi-ethnic Australia, which doesn’t mean we are saying certain races can’t come over – we love Muslim people and we want them to come in, the difference is what we won’t allow them to challenge Australian law.“

“The Dutch parliament have abolished multiculturalism and have now said if you come to Holland, learn the Dutch language, enjoy our way of life and be unified.”

But Rise Up aren’t just a single-issue party, they have devised an extensive policy preview advocating against same-sex marriage and in support of protecting the unborn.

– Protect freedom of speech and religion

– Honour the first people of the land

– To protect and enhance the right to private property

With 93 candidates standing Australia wide comprising of various ethnicities, Vassiliou is confident of victory on September 7.

“Every candidate that is standing for Rise Up is standing with the attitude to win,” says Vassiliou.

Occupying number one position on the senate ballot paper, the party is confident they will conquer at least one Senate seat on the donkey vote alone.

“We believe to we are a good chance to get a minimum of two senate seats and a handful of Lower House Seats,” says Vassiliou.

“The reason we decided to enter the political realm was because the two major parties seemed to be the only choice and they are really letting the country down right now.”

Rise Up Australia Party is standing candidates in every state and territory, for more information visit its website.