After losing their son to the coward punch, the Cronin family aim to prevent further deaths caused by this violent act. 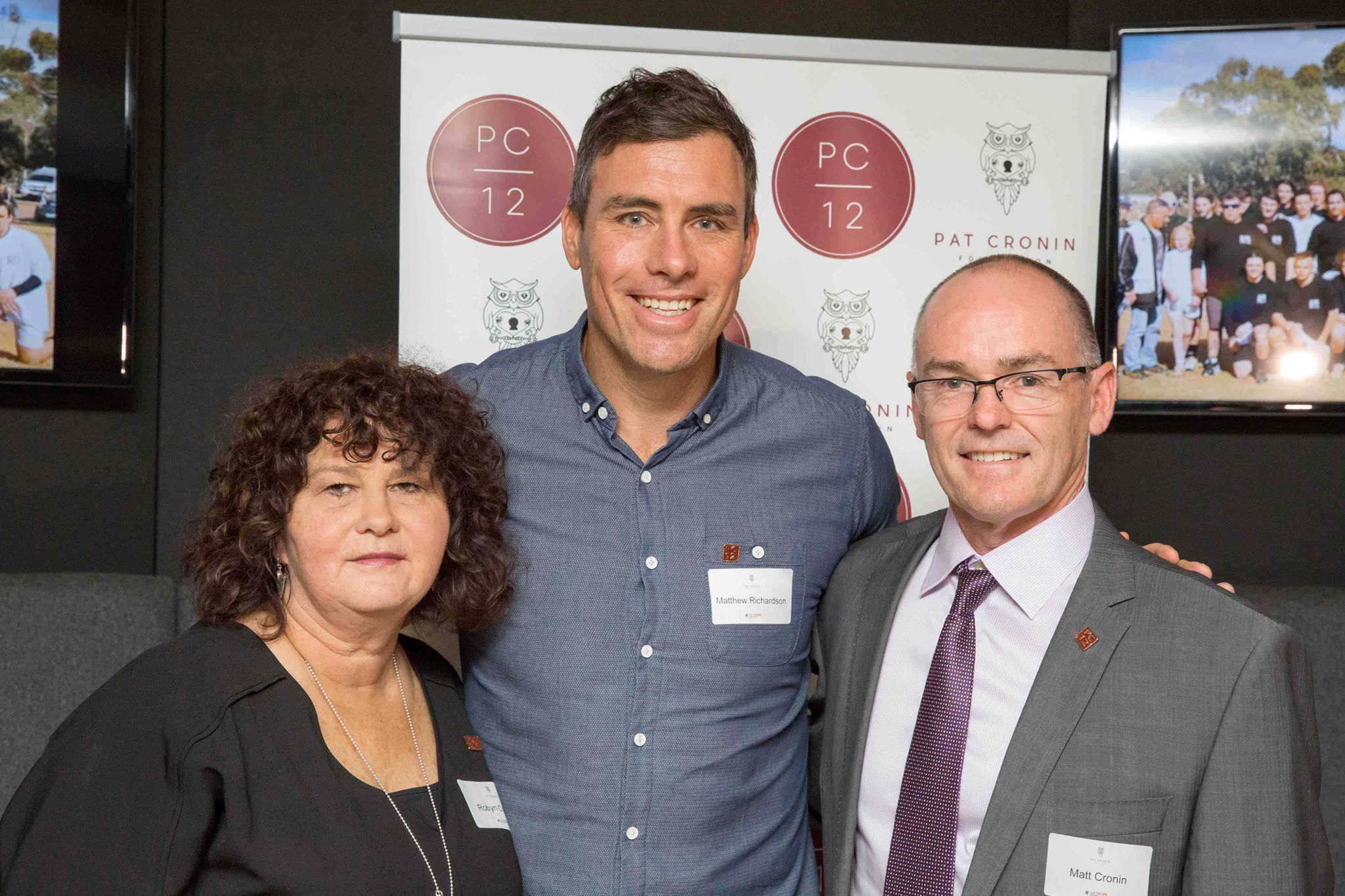 It’s Saturday night and you and your friends are heading out. You are all young, happy, with dreams, plans and goals ahead of you. The last thing on your mind would be worrying about someone throwing a fatal punch to you, ending your life.

Patrick Cronin was just a 19-year-old teenager whose life was taken away so suddenly by a coward punch from behind one Saturday night in April 2016. Pat was taken to the hospital. Two days later, his family made the agonising decision to turn off his life support.

What left a gaping hole in the Cronins’ lives turned into determination by his family and friends to begin a foundation to honour Pat’s life. The foundation aims to ensure no other family face the same devastation as felt by the Cronin’s.

The Pat Cronin Foundation officially launched on 9 April 2018, with a mission to remember Pat and to prevent coward punches from happening.

Pat’s father Matt Cronin is hoping that through The Pat Cronin Foundation, Australians will remember Pat and honour his life, while letting everyone know that Pat “could have been anyone’s son”.

“He was just a normal kid going out on a Saturday night not looking for trouble, just looking after his mates. He was just a good kid,” he told upstart.

Matt explained that not only are they wanting to raise awareness on a serious issue, but together with La Trobe University, researching why such a violent act happens.

“They’ve [La Trobe University] announced that they’re happy to work with us in the research around the coward punch and just social violence in general, essentially why do certain individuals act the way they do in regards to these issues,” he said.

“I think it might end up being almost a research piece on redefining or defining masculinity, which I think would be a really good thing to concentrate on.”

“We want to try and understand the triggers. Is it socio-economic, is it environment, is it your upbringing, how much a part does alcohol have to play.”

Despite Victoria’s coward punch laws imposing a minimum sentence of ten years, Pat’s killer Andrew Lee was sentenced to eight years maximum with a minimum of five years behind bars. However, through the foundation and as a “personal aim” Matt is fighting to have these laws changed.

“We feel really let down by the law,” he said.

“It is a personal aim of our family to lobby the Government to get the laws changed. Just fix the clause up.”

Matt explained that once Lee pleaded guilty, a deal was done and the coward punch laws would no longer be in place, which meant “the judge wouldn’t sentence [Lee] under the ten year minimum provision”.

Former Richmond Tigers player and one of the ambassadors for The Pat Cronin Foundation, Matthew Richardson, joined the foundation to help get their message across. He was also drawn to the cause because of the love Pat and him shared for the Richmond Tigers.

“I’d already heard the story because it was getting a lot of coverage and I’d read all the stories and followed the background,” he told upstart.

“I knew Pat was a footballer, and I knew that he was a Richmond supporter as well so I guess I just felt a connection to him just through that.”

“And also with what happened with the whole case it was just terrible and it was just something I thought was worth getting behind and supporting.”

Richardson believes that one of the key factors in ensuring people are made aware of the coward punch and the devastating aftermath it can cause, is education. By being educated on this issue at an early age, the foundation is looking to “develop books to get the message across in the right way”.

“If you’re learning right from a young age, things that are right and wrong, I think it really does infiltrate your mindset,” he said.

“You’ve got to get it into the schools and have it in the curriculum, so I think that’s the best way from preventing it in the future.”

“I’m sure there’s a way to write it up into a story which would relate to young kids.”

Matt described his son as “just a normal kid” who “grew up in a normal family” with a love of all sports. But most of all, his down to earth nature and willingness to break up a fight was who he was as a person.

“He was a good football player. In all the times that he played footy, he never once got reported, never got sent off, never threw a punch so it was never in his nature to do that.”

“If there was a fight on the footy field he’d go and grab his mate and drag him out of it and essentially the night that he was killed that’s exactly what he did.”

Despite being widely known as the teenager “who was killed by a coward punch”, Matt wants Australians to remember Pat in other ways other than as a footballer.

“That’s the other message I guess I want to get out. He was a smart kid, he had a Vice-Chancellors scholarship and they don’t just give those out. He wasn’t just a football player,” he said.

“Just remember his smile and his long hair.”

Jessica Micallef is a third year Bachelor of Media and Communications (Journalism) student at La Trobe University. You can follow her on Twitter on @jessmicallef19