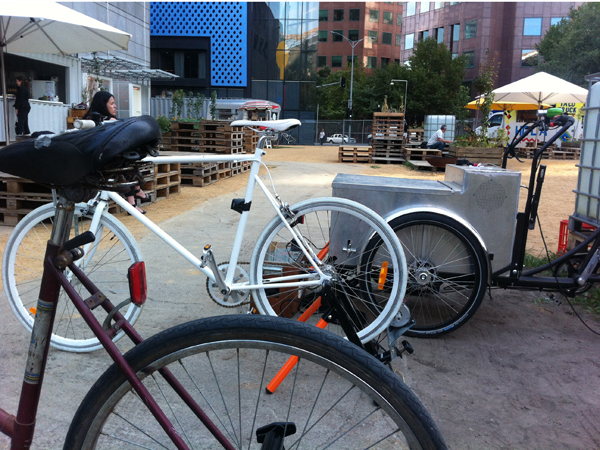 In a bid to raise attention to new ways of thinking about climate change, sustainable energy, health and wellbeing, members of the public were called upon to submit films, bring along bicycles to connect to generators provided. The nights were hosted for free under Melbourne’s iconic Arts Center spire.

Mag Rev Australia director and climate change activist, Greer Allen, said much of the project’s success rides on the communities’ input and participatory nature. In an age where issues of global warming continue to be debated among older generations, Allen says there is a growing network of younger people pushing for change to occur.

“In Australia, adults are a bit more standoffish [in terms of addressing climate change], they don’t want to be ‘the fool’. So now, it’s the young people that have to manage the big issues like this.

“This is the first event in Melbourne that is collaborative. It’s really great because we’ve been getting responses on Twitter, Instagram and Facebook. It feels really easy, rather than having to push to people who aren’t really interested,” she said.

The Cinema’s focus for the films centralise on a combination of cycling and sustainability. Projector Bike lighting designer Joe Norster says that filtering the films to be selected is a lengthy process, as the curator panel seeks particularly Melbourne-based films with a specific emphasis on climate change and human’s impact on the environment.

In this instance, the combination of Projector Bike’s technological and artistic concepts, Mag Rev’s passion for instigating environmental change, Testing Grounds’ art-space and an engaged community input all combine to provide what can only be described as a progressive and sustainable relationship for the future. 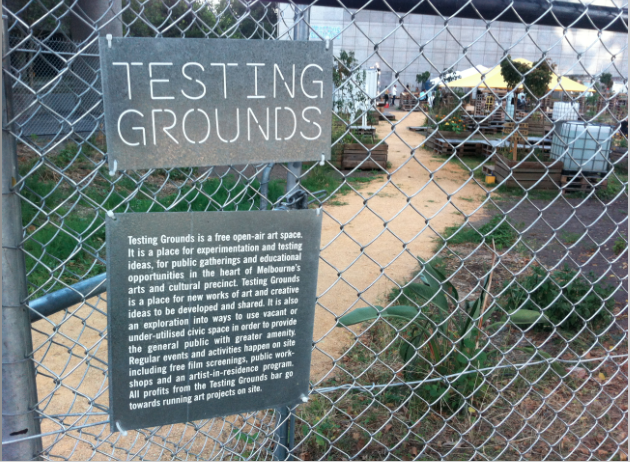 Lily Pavlovic is completing her final year in a Bachelor of Journalism degree at La Trobe University. You can follow her on Twitter @lilybelle111.