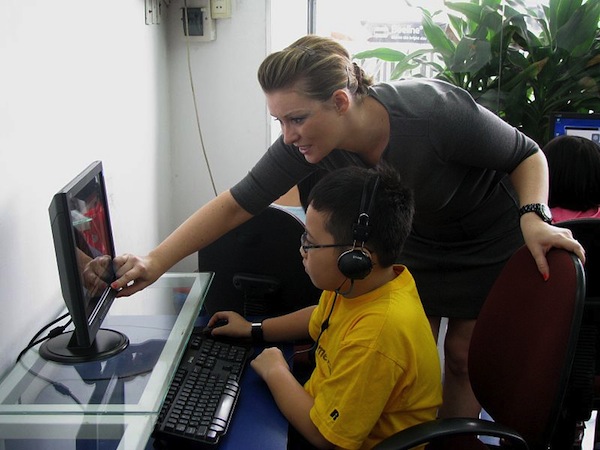 A simple Google search for the term ‘performance pay’ returns articles and anecdotes arguing that it is a terrible idea. They say that it encourages selfish, ruthless actions and that it doesn’t improve work output. As it turns out, performance pay isn’t about turning colleague against colleague and industry against industry. Rather, it seeks to reward those who deserve it.

The Teachers’ Union and the Victorian government have been at loggerheads for a considerable amount of time over the issue of performance pay, an initiative teachers feel would remove the focus from their students. Premier Napthine has dropped the concept just as teachers get ready to return to school in a fortnight.

Political commentator and Honorary Associate at La Trobe University Ian Tulloch says that the teacher’s claims to higher pay across the board are reasonable. “When you’re promised to be made the highest paid teacher in the country and then the government reneges on it, you can’t blame the teachers for being justifiably pretty upset about that.”

While performance pay no longer lingers over Victoria’s teaching industry, there has been a claim that performance-related benefits from the government are due in the sports industry. Katter claims that AFL and Rugby League players deserve a tax cut for the service they render to the community.

At the heart of Katter’s comment lies a form of performance motivated by the fragility of the sportsmen’s careers.

“There are very few people in Australia who give more joy than our AFL and NRL heroes, but they can get injuries in a hurry and their life in the sport comes to an end. Most don’t have huge opportunities to pursue further work,” says Katter.

So how can the concept be outrageous in one industry, and yet just right for another? The answer is, in reality, that performance pay isn’t as daunting as it seems.

I admit that the concept could alter the workplace dynamic, and at the very least challenge it. To generalise, it takes the focus off the means and places it on the ends. No longer are we concerned with how something is done, only that it gets done. Still, we cannot ignore the other end of the spectrum – the staff who deserve recognition and praise for their work.

Performance pay needn’t be directed to the individual worker who pulls in the most sales. Ambulance Victoria EBAs have included performance pay clauses for paramedics – not for specific individuals, but for reaching organisational targets (such as improved patient pain management and response times) as a whole. This kind of performance pay benefits both the employee and the community.

As for the teaching industry, the damage of the performance pay issue and broken promises has already been done.

“It’s been one of the things that had really dragged Baillieu and the government down over the last eighteen months or so and [the Government needs] to sort it out from a political point of view”, says Tulloch.

But, this dire situation that the government finds itself in needn’t be applied to every workplace. Performance pay, while it has become a touchy term in the teaching industry, is an idea with merit.  Rather than an individual ‘win-at-all costs’ approach, it can lead to greater productivity where benefits are paid to those most deserving.