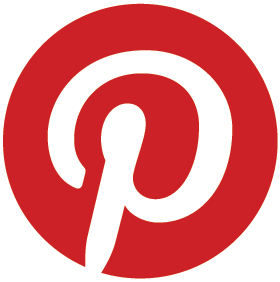 The new social site Pinterest has reported rapid growth in 2012. In March it noted over 13 million unique visitors and made it into the top ten most popular social networks worldwide.

During the South by Southwest (SXSW) festival, Austin360 used Pinterest boards to target users of the network, featuring information about bands, music parties, films, as well as interactive boards and guides to SXSWi. Austin360 used the visual impact of Pinterest to convey SXSW’s history, events and spirit.

Mashable also used SXSWi, to feature images from the festival.

‘Austin360 already has plenty of visuals in its coverage. But by putting those visuals on Pinterest and linking to related coverage, Austin360 has the potential to reach new audiences that may not have otherwise come across the site’s content’, Mallary Jean Tenore wrote on Poynter.

According to Tenore, Pinterest gives the two news sites ‘an opportunity to present these images to their readers in a more compelling way than other social networks.’

Some of the pins on Mashable’s SXSWi board also linked to previous stories on the site to increase visibilty of related content.

The Pinterest coverage of SXSW furthers the trend of using social networks as a new tool in journalism as a way to spread content, to find ideas and images for online stories as well as a way to curate news.

Sarah Marshall, editor of blog.journalist.co.uk considered Pinterest ‘Tool of the week for journalists’ due to the way it combines features of Twitter, Facebook and Search Engine Optimization.

‘[It’s a] virtual bookmarking system that can be used by newsrooms to curate and share news,’ she wrote.

In an article called ‘Pinterest for Journalists: For Notes, Community and Staff’, Carl Lavin suggested six ways that local newsrooms can use Pinterest to engage community members and create compelling content: To display the journalist’s database; to invite the community contributors; to meet public officers; to make a board of local artists; to make photos of your community; and, to visualize levels of political campaigns.

Time Magazine, Life Magazine, The Wall Street Journal, and NBC News are some major news organisations who are using Pinterest to showcase their most attractive stories.

With its noted 13 million unique visitors, Pinterest has the potential to become another significant market for news organisations and new tool for journalists. But, it remains to be seen whether the network can keep growing, and whether its 13 million user are, in fact, active users.