PM expected to receive a "frosty reception" in Lismore 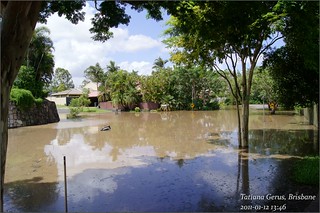 Prime Minister, Scott Morrison is meeting flood-affected victims in Lismore today, and will declare a national emergency in response to the disastrous floods in Queensland and New South Wales.

Labor senator and Shadow Minister for Disaster and Emergency Funding, Murray Watt, has warned Scott Morisson to expect hostility from residents concerning the Federal Government’s response to the floods.

“When Scott Morrison visits Lismore today, he needs to explain to flood victims why he’s used his $4.8 billion Emergency Response Fund to earn interest for his government, instead of building flood levees, drainage improvements and other flood mitigation measures,” he tweeted this morning.

Watt, who has been on the flood grounds for days, expressed his frustration at the federal government’s lack of action during the disaster on ABC’s RN Breakfast earlier this morning.

Declaring a national emergency is a new legislative power that was established after the 2019 bushfire crisis, which allows for the Federal Government to intervene and access resources to help those affected.

Morrison is also expected to announce how much money will be allocated for the recovery of the affected communities when he arrives in Lismore today.

“The flooding disaster across Southeast Queensland and NSW is absolutely devastating. While the cleanup and recovery is well underway for some, many areas particularly around Lismore remain isolated, with rescues still underway and critical supplies being airlifted in,” Morisson tweeted on Monday.

Morrison is under heavy scrutiny to not replicate his attempt to show compassion to the residents of Cobargo, New South Wales during the 2019-2020 bushfire crisis as he visits flood-ravaged homes in Lismore.

Photo: Brisbane flood, The Centenary suburbs by Tatters available HERE and used under a Creative Commons licence. The photo has not been modified.