Going beyond the stereotypes, three talented women tell upstart what pole dancing is truly about. 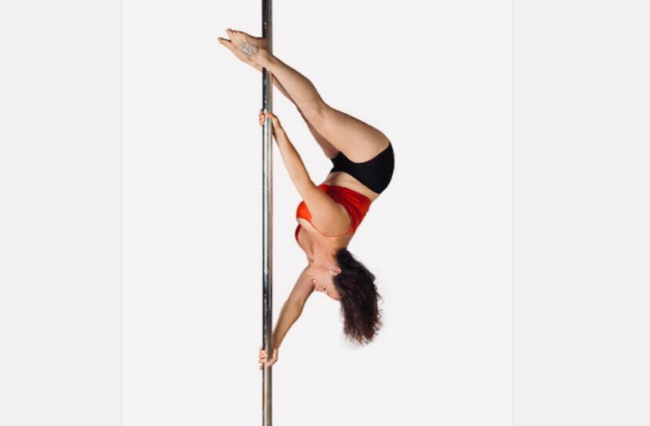 Many of us associate pole dancing with the stereotypical strip club scene captured in films like Hustlers, with a flawless Jennifer Lopez in her six-inch high stilettos and skin-tight leotard.

What some fail to realise is that films like this can fuel the stigma around pole dancing, painting the dance style as provocative and linking it to the work of strippers in the seedy underworld.

Emily Sim is a pole dancing teacher at PhysiPole Studios in Grovedale who has been involved in dance her whole life. She found an interest in pole dance and despite enjoying it, Sim encounters constant disapproval from her family.

“[My family] refer to it as circus or ‘that dance thing you do’. It makes them uncomfortable,” Sim told upstart.

“They’ve refused to ever attend or even watch a video of my performances because of the idea of what pole is to them.”

Sim believes the stigma associated with pole dancing discourages individuals from understanding the true nature of the sport. Like all forms of dance, just as much strength, focus and practice goes into training to become a pole dancer, even for celebrities like J Lo.

The history of pole can be traced back at least 800 years to India where both Mallakhamb and Chinese Pole originated. The styles of pole dance are different, yet still require significant muscular endurance and strength from the performer.

Men were the typical performers in this sport, and it wasn’t until the 1920s that women became involved. The meaning of pole dance changed, with common perceptions of it being immodest and indecent.

“Pole dancing started in strip clubs where women were forced to dance provocatively in front of men,” Drewitt told upstart.

“When you look at it like that, it will always be labelled as selling sex.”

Pole dancing was kept behind closed club doors up until it was made mainstream as a fitness trend during the 1990s and 2000s.

However, the rise of pole studios across Melbourne today may suggest that the sport is gradually becoming more accepted within society.

Founder of PhysiPole Studios, Kristy Sellars exposed Australia and the world to a new style of pole dance on Australia’s Got Talent (AGT) 2019.

She believes that society disapproves of pole dancing due to a lack of understanding about the form of dance. Along with her other performances on AGT, Sellars’ winning performance revealed to Australia an artistic side of pole dancing by using it as a form of storytelling.

“What surprised me was the huge reaction from the general public and how people said it changed their perceptions of what pole was,” Sellars told upstart.

“[It] was really cool to see that I could open their eyes up to new possibilities.”

Sellars is a huge inspiration for Drewitt, who has pole danced for four years. Drewitt still remembers entering the studio for the first time and hasn’t looked back since.

“Pole dancing has certainly made me feel so confident within myself and my body,” Drewitt said.

Drewitt’s deep connection to the dance style became evident when asked about how pole has changed her life. She was overwhelmed with emotion, showing that there is more to this form of dance than what it stood for decades ago.

“Pole does not discriminate against anyone of any age, fitness level, gender, body shape or size,” Drewitt said.

“You are surrounded by instructors and students that are supportive, encouraging and inspiring and more than anything it is so much fun.”

Sellars believes that the three main aspects – sport, performance and sexiness – will continue to progress and develop as pole dance evolves.

“I hope the sport makes it into the Olympics, I hope performance can be explored on more and more stages and tv screens like AGT, and I hope the sexy style continues to empower women and men alike.”

While a world where pole dancing becomes mainstream may not be for everyone, Sim, Sellars and Drewitt hope that society will learn to embrace the artform as the stigma perishes for good.

Article: Rebecca Borg is a second year Bachelor of Media and Communications (Journalism) student at La Trobe University. You can follow her on Twitter @rebeccaaborg.