A number of demonstrations have occurred in major US cities. 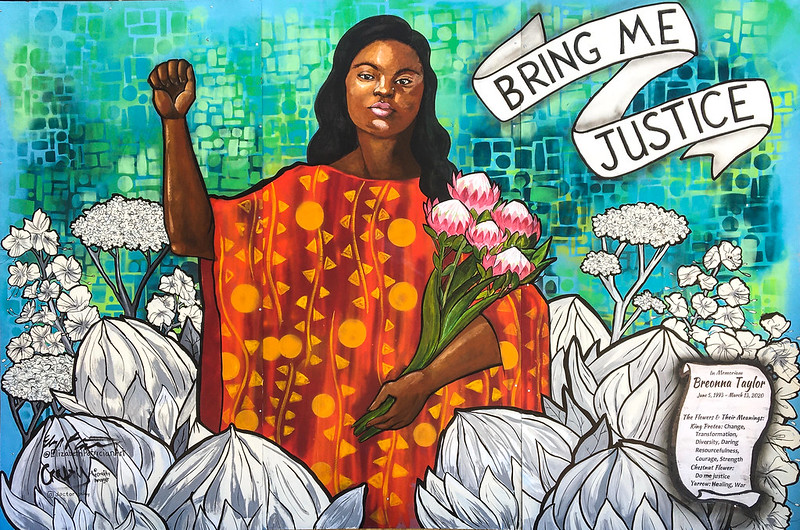 Multiple Louisville police officers have been shot as protests erupt after the Kentucky grand jury did not charge any police officers involved in the killing of Breonna Taylor.

Instead, three counts of wanton endangerment were brought against Officer Brett Hankison for shooting into neighbouring homes on the night Taylor was killed.

Ben Crump, a civil rights attorney who has been representing the Taylor family, described the announcement from the grand jury to be “outrageous and offensive,” especially when considering that none of the charges had anything to do with the fatal shooting of Taylor.

Today’s indictment is outrageous and offensive to Breonna Taylor’s memory, yet another example of no accountability for police. Full statement: (1 of 2) pic.twitter.com/pmurOrV5My

Following the decision, nationwide protests have been occurring in cities including New York and Austin, with a state of emergency having been declared in Louisville.

As crowds gathered in downtown Louisville for the 125th consecutive day, protests have been largely peaceful. Despite the mayor of Louisville imposing a 72-hour curfew, demonstrations have proceeded and have forced police to take extreme measures to contain civil unrest.

President Donald Trump has been quick to react to the protests by offering support to the wounded officers.

Praying for the two police officers that were shot tonight in Louisville, Kentucky. The Federal Government stands behind you and is ready to help. Spoke to @GovAndyBeshear and we are prepared to work together, immediately upon request!

Joe Biden, the Democratic Party candidate for the Presidency, expressed his remorse and the need to start addressing the use of excessive force, banning chokeholds, and overhauling no-knock warrants.

Kamala Harris, the Democratic Party candidate for the Vice Presidency, also said she is grieving the death of Taylor and encourages Americans to be patient as they wait for new reforms.

“We must never stop speaking Breonna’s name as we work to reform our justice system, including overhauling no-knock warrants,” Harris said.

Photo: Breonna Taylor by Annette Bernhardt available HERE and used under a Creative Commons Attribution. The image has not been modified.