Will 100km of bike routes across Melbourne be enough? 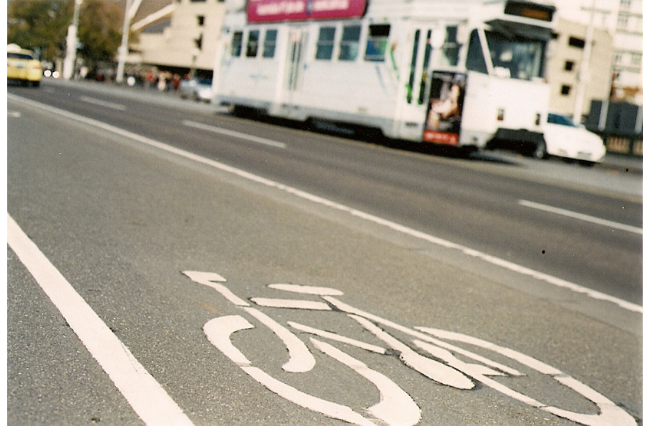 Motorists beware, the cyclists are coming for your roads.

Clearly, the COVID-19 lockdown had people craving helmet hair and lycra leggings, because in May 2020 Bicycle Network recorded a growth in the number of bike riders across Melbourne. A special Super Count on 25 April showed bikers have “increased by hundreds” on numerous off-road paths.

However, a lack of bike riding infrastructure has put Vic Roads on notice, kickstarting their pop-up bike lane initiative in October 2020, seeing a set of temporary bike lanes installed to assess where they are most used and can then be made permanent. This $13 million investment into 100km worth of bike routes is now in the rollout phase across inner-Melbourne, to promote safe cycling and reduce congestion.

“Overnight it went from somewhere that only a handful of people felt comfortable riding a bike to somewhere that children, students, parents and workers can all enjoy,” Bicycle Network’s media advisor Alexander Miller tells upstart.

“We need to see more pop-up bike lanes installed to give people in all corners of the city the option of riding. Congestion is already reaching pre-pandemic levels and taking away from people’s time at home. By building more safe places to ride we can reduce the load on our roads.”

There has even been a strong push to make them permanent, with a petition on Change.org receiving 3,472 signatures in support of the lane on Heidelberg Road. Similar pop-up bike lanes were trialled in Northcote. The lane on South Crescent increased the number of riders by 22 percent, but that wasn’t enough for them to be made permanent.

Darebin Mayor Cr Lina Messina says the lanes will be removed due to community concerns raised about traffic flow.

“Council made the decision after considering more than 900 pieces of community feedback we received during the trial period,” she tells upstart.

According to Messina, plenty is still being done to support cycling in Darebin.

“Two award-winning projects include our Octopus Schools program, which works to get kids walking, riding or scooting to school, and our Streets for People program which creates safe streets along 8 key corridors.”

Other countries have also taken on similar initiatives during COVID-19 lockdowns, with Vic Roads comparing their pop-up lanes with those seen in Paris, London and Sydney. Similarly, Italy agreed to cover up to €500 [AUD$834] for bikes purchased in 2020. The aim of the initiative was to encourage the use of sustainable transport and social distancing.

Car-plagued New York also implemented 100km of road space for pedestrians and cyclists. But Dr Ben Habib, a researcher in grassroots sustainability and international climate politics, argues that these initiatives are difficult to replicate in Melbourne.

“Cities like Amsterdam and Copenhagen have much higher bicycle uptake, for a couple of reasons,” he tells upstart. “They have dedicated bike infrastructure, they are more high-density cities with less car traffic; and commuting distances are much shorter, so cycling to work is more viable. So, this is not just an issue about bike lanes, it relates to the entire design of urban spaces.”

A study by the Proceedings of the National Academy of Sciences has shown that cities with pop-up bike lanes have experienced a 48 percent increase in cycling, overcoming the barriers created by cramped urban planning.  And the World Health Organization estimate that for every dollar spent on infrastructure, there is a $5 benefit.

Cycling advocates are quick to point out high emissions from vehicles in high density metropolitan areas like Darebin.  Bicycle Network’s ‘Park it for the Planet’ campaign urges Australians to ride instead of drive because “every kilometre you pedal saves 243.8 grams of CO2 emissions”. So, should Melbourne become like Amsterdam, one of the most bike friendly city in the world?

Dr Habib says that the argument about sustainability is negligible. Australia’s latest quarterly update of greenhouse gas emissions found that the transport sector made up 18.3 percent of emissions.

“Out of that total, only a much smaller percentage of emissions comes from commuting by private car,” he says.

“Does bicycle riding have positive environmental impact? Yes. Does it make a big contribution in the fight against climate change? Not so much.”

However, for local councils and cycling advocates, what these bike lanes can do is take Melbourne one step closer to safer, less-congested roads.

Photo: mel – 039 by tai_yi available HERE and used under a Creative Commons Attribution. The image has not been modified.