The Seven Network has introduced its Post-Olympics programming but over a month since the Rio games, some shows are more successful than others, writes Marie Trevithick. 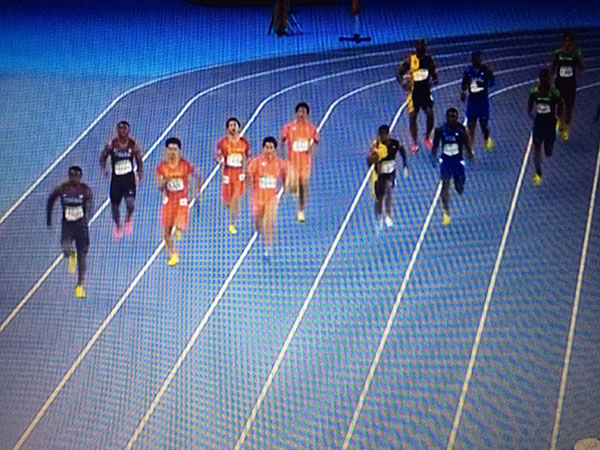 While Seven’s coverage of the Rio 2016 Olympic games was a hit with the viewing public, many of their new programs have failed to have a podium finish.

Since the games concluded on Saturday 21 August, programs such as Zumbo’s Just Desserts, British import The Durrells, new music trivia show The Big Music Quiz and a new season of 800 Words have gone to air on Seven, all with varying degrees of success.

TV writer and blogger Steve Molk says that the new line-up has not been as successful as Seven hoped for.

“Seven’s ‘After the Olympics’ schedule has, for the most part, failed to live up to expectations. Zumbo’s Just Desserts isn’t winning at 7:30pm, The Durrells is struggling on Wednesdays and Code Black is already bumped to the ‘All new time’ of who cares. It’s only 800 Words that’s performing and even then it’s not what they’d like,” he tells upstart.

“In isolation the Olympics were a big win for Seven overall, though the opening and closing ceremonies were underwhelming ratings wise. It didn’t help that most of the events happened overnight and into the morning when most people are at work.

“Any positive ratings afterglow Seven were hoping for post-Olympics has well and truly worn off.”

The new program line-up was promoted heavily during the Rio games, with ample opportunity for potential viewers to gain interest in them via ‘sneak peeks’ and constant commercials.

Scott Ellis, from The Age’s Green Guide says that despite the constant promotion during the Olympic period, some viewers still turned off from these new programs.

“[The new programs] did start out with larger audiences than they normally would have had, but that’s where the Olympic benefits leave off,” he tells upstart.

“The numbers dropped after week one when people who were tempted to tune in by those relentless promos watched and thought ‘Meh, not for me.'”

Some of these new programs are also quite similar to already existing shows.

“Zumbo’s Just Desserts is a poor imitation of bake off and fans are seeing that,” TV blogger Molk says.

However, the 6-7pm time slot is looking good for Seven, with its news bulletin beating Nine’s on a national basis due to large viewing numbers in Adelaide and Perth. The battle between the two bulletins is a lot closer in the eastern capitals of Sydney, Melbourne and Brisbane.

Molk says that the time slot won’t change too much going on past ratings results.

“6-7pm won’t change too greatly to the end of this year. The News ratings remain somewhat consistent and will only change dramatically if there’s a change in key personnel, for example a new 6pm newsreader,” he says.

However, Ellis believes that Seven’s news will continue to improve.

“I think Seven will win again and will make gains in news – The Games have virtually assured that plus they’ve been actively acquiring or growing news identities and there’s rumours Today Tonight is still not gone forever,” he says.

“That said, Nine is a juggernaut … they leverage the events and series they have extremely well and stats show that in times of crisis, people still switch to Nine. It’s tradition, it happens. Seven certainly doesn’t underestimate them and neither would I.”