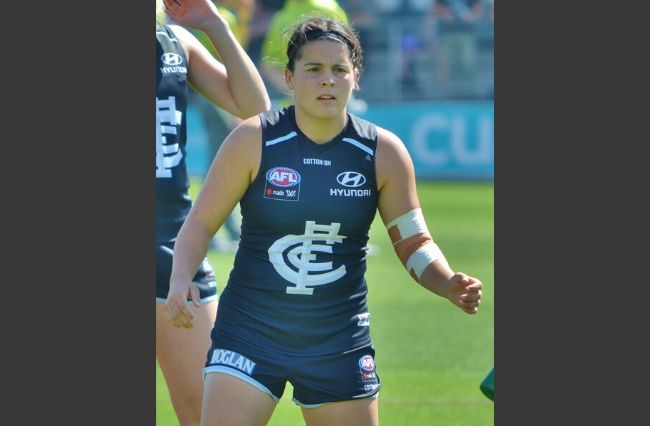 Carlton midfielder Madison Prespakis has won the AFLW’s best-and-fairest for the 2020 season.

“It’s definitely going to take some time to sink in but as soon as I heard the news I cried and I was just very shocked,” the 19-year-old told womens.afl.

“I’m not sure there’s a word I can find to describe how it felt – it was just pure emotion.”

Prespakis is the first teenager in the AFLW to win, and joins dual winner Erin Phillips from Adelaide and Emma Kearney from North Melbourne in taking out the prestigious award.

“I got to sit next to Erin Phillips with my Rising Star medal last year and see her take it so it’s crazy my name can be on the same list as those two girls,” she told the ABC.

This finishes off what was a remarkable season for Prespakis, taking out Carlton’s best-and-fairest for the second time, as well as being named as an onballer in the All-Australian team on Monday night.

“It’s been the best two years of my life. I’ve grown up wanting to play AFL, and now that I’m here, I’ve put my best foot forward to work as hard as I can, play as well as I can, and I love the club I’m at.”

Photo: Madison Prespakis 23.03.19 By DustyNail available HERE and used under a Creative Commons Attribution. The image has not been modified.