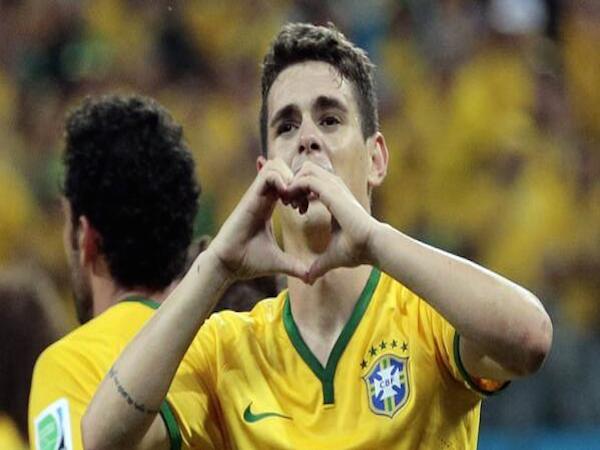 Much has been documented about the adverse impact the World Cup has already had on Brazil.

Huge project spending and infrastructure delays, mass protests and strikes and even preparation-related deaths gave Brazilians more than enough reason to voice their disapproval ahead of the showpiece event.

And after the opening minutes of Brazil’s World Cup opener against Croatia, people were about to become even more unhappy. Croatia had just torn up the script and stunned the world by going in front via a devastating Marcelo own goal in the 11th minute.

Then, adding insult to injury, the floodlights in the Arena Corinthians failed, epitomising the struggle that the nation has had to be ready to host the tournament in time.

The lights were well and truly going off in more ways than one, as the world watched on in disbelief, for this was supposed to be where national parity was restored.

But when Neymar scuffed his 29th-minute shot into the bottom corner, falling behind and all previous uproar became almost irrelevant.

Utter pandemonium had just descended over the football obsessed nation; pandemonium so salient that even those on the other side of the world could sense the magnitude and significance of what had just happened.

All the protests. All the strikes. All the discontent. As soon as Brazil’s pin-up boy had equalised, it was all seemingly forgotten in an instant.

While the game of football was technically invented in England, this reaffirmed to many that its spiritual home is in fact in Brazil. Such is the importance and significance of the game to the nation, the goal provided many with a remarkable moment of national harmony and a welcome distraction from the unpleasantness of the months and weeks prior.

Brazil went on to win the game 3-1 following a penalty conversion from Neymar and a late stoppage-time goal from midfielder Oscar, with police in the streets now overseeing jovial celebrations and festivities instead of the fiery protests and remonstrations that had preceded them.

But for how long will this feeling last? One can imagine the current state of blissful ignorance will only last as long as Brazil does in the tournament. And when that time comes, it will likely be back to where they started; perhaps even worse depending on how successful the team is.

Brazil was extremely fortunate to win the opener, doing so in unconvincing fashion and in controversial circumstances.

The hosts dominated possession but lacked penetration for large parts of the match and were arguably caused more problems by a fantastic Croatian side, with a widely questionable performance from referee Yuichi Nishimura the definitive difference between the two teams.

But you would be hard-pressed to find a Brazilian football fan that cared the national team wasn’t at its best on the night. After everything that the country had been through, as an outsider you can’t help but wish the country at least a fleeting moment of relief.

In more ways than one, the opening game perfectly reflected the lead-up to the tournament as a whole: a big success after initial doubts, but still leaving many gravely concerned for the future.

Having gone into the tournament as competition favourites, many will now be reconsidering whether Brazil are able to go all the way and win their sixth World Cup – and their first on home soil.

Their next game comes against Mexico tomorrow morning (5.00am AEST) and will be pivotal towards that outcome.

While both teams chalked up narrow wins on Matchday 1, the Brazillian victory was far more profound. But after an uninspiring performance from the hosts in the opener, you can’t help but sense that national semblance may just be at stake.