Final three protesters removed from bridge and arrested at 9.30 am this morning. 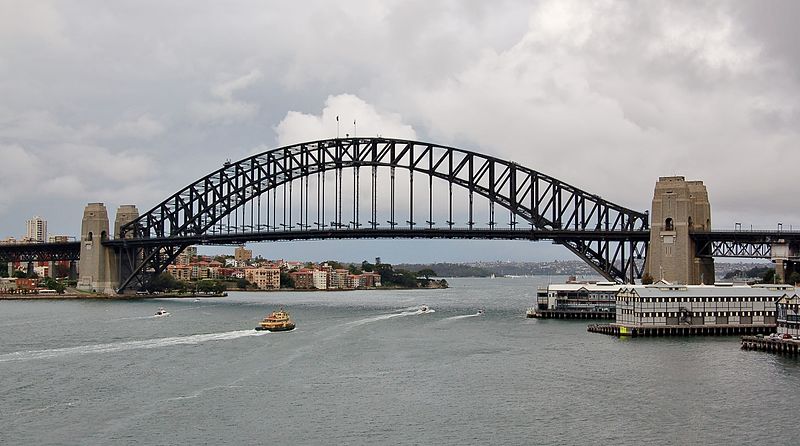 13 people have been arrested by NSW Police this morning, after Greenpeace activists abseiled off the Sydney Harbour Bridge demanding climate change action.

Three protesters could be seen hanging from the bridge from around 5.30 am to 9.30 am this morning.The protesters held banners saying “100% renewables”, and “make coal history”.

Police officers arrested 10 people before the final three were removed and arrested at 9.30 am this morning.  According to Roads and Maritime one lane was closed during the police operation.

“Rural and regional Australian families have borne the brunt of climate impacts so far in this country,” he said.

“Burning coal is the number one cause of climate change in Australia — we’re here to say ‘no more’.”

The 13 protesters were taken to Surry Hills and Day Street Police stations.

“Charges are expected,” NSW Police said in a statement.

On Sky News, NSW Federal Labor Senator Kristina Kenneally, said she didn’t approve of the illegal protest but she understood the group’s frustrations.

“Right now people are wanting action on climate change, they want a government that takes the issue seriously and takes real action,” she said.

“I don’t agree with these protesters’ methods, [but] I understand their frustrations; it’s one shared by the Australian people.”

Photo: Sydney Harbour Bridge, 2007. Photo by Bahnfrend, used under Creative Commons license. Photo was not altered and can be found here.