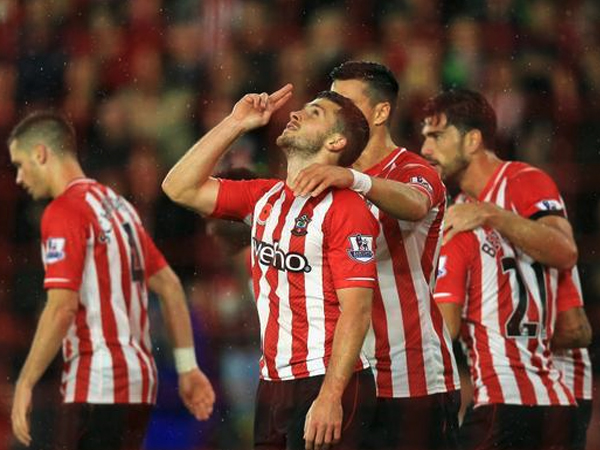 A photo tweeted by incoming Southampton manager Ronald Koeman over the summer said enough about the club’s off-season as was needed.

The picture, which showed Southampton’s Marchwood training centre completely empty with the caption “ready for training”, followed the departures of five first-team players, as well as manager Mauricio Pochettino.

25 pts from 11 games is #SAINTSFC‘s best ever start to a top-flight campaign. Match report http://t.co/cvsRiyatXL pic.twitter.com/6QZTOJ6rG5

The irony of no one being at the club was lost on Koeman.

At that point in mid-July, it was hard to see where Southampton’s immediate future would lie. Even with a relatively sustainable culture, no one could have predicted they would be second on the table come November, seven points inside the top four and just four points from league leaders Chelsea.

Two promising seasons in the Premier League had been built on their ability to nurture home grown talent, such as captain Adam Lallana, as well as the likes of Rickie Lambert, Luke Shaw and Callum Chambers.

Those four, in addition to the club’s first-choice centre back, Dejan Lovren, had just walked out the door – leaving for the allure of greater prospects. Pochettino, who had taken the Saints from relegation danger to the doorstep of European football, would soon follow.

Southampton had made a profit of around £90 million from their sales. But with highly respected chairman Nicola Cortese also leaving the club just a few months prior, how they reinvested that money was also a cause for concern.

Having been keeping their heads above water in League One little more than three years prior, reaching the top flight via back-to-back promotions, there was a fear Southampton could soon be on the decline again.

“There was a sense of the unknown about it,” Gordon Simpson of the Southern Daily Echo tells upstart.

“The club had a new board that was inexperienced and obviously had a lot of crucial decisions to make. So, naturally, there was a concern this might be the first season in some time that Southampton started to regress.”

But instead, under the guidance of ex-Olympics ice hockey coach Ralph Krueger, Southampton’s new management would pass their first test with flying colours.

With a breadth of experience within Dutch football under his belt, Koeman was appointed as the club’s new boss, bringing with him a statement of the Saints’ intent.

“Koeman’s appointment sent a strong message out, given how impressive his reputation was,” Simpson says. “That felt like a defining moment and he did indeed turn out to be an enormously stabilising force.

“As a person, he is a very calm and he exudes a real sense of control and assurance. The players say he does not ever jump up and down, shouting and screaming, but is very aware of everything that is going on and knows how to make his feelings clear in a calm and controlled fashion.”

Up next was a string of shrewd signings, with around £60 million reinvested in eight new players. However, doubts still lingered around the club’s two marquee acquisitions – Dusan Tadic and Graziano Pelle. But within an instant of their Premier League debuts, those concerns were distant memories.

With an exceptional sense of skill and balance, Tadic has quickly emerged as one of England’s leading creative players. Six assists from 11 Premier League matches, including four in Southampton’s remarkable 8-0 victory over Sunderland, highlights his natural ability in the final third.

Pelle, meanwhile, has nine goals from 14 appearances to start his Southampton career, earning the Italian a recall to the national side, as well as the Premier League’s Player of the Month award for September.

“It’s hard to understate [their influence],” Simpson says, suggesting both Tadic and Pelle have already surpassed the men they were brought in to replace – Lallana and Lambert respectively.

Although the off-season’s events were of a different proportion to those ever seen at St Mary’s before, beloved players departing the club holds a certain sense of familiarity for supporters.

With one of the most prestigious academy systems in England, players’ departing the south coast for greener pastures has been seen before. Lallana, Shaw and Chambers had followed in the footsteps of Gareth Bale, Theo Walcott and Alex Oxlade-Chamberlain before them – all graduates of Southampton’s esteemed youth setup.

Now, the challenge is on for the Saints to reach the point where they themselves become a destination club, rather than a stepping-stone.

“It will be difficult, to say the least, to hold on to players when the likes of Manchester United, Arsenal and Liverpool start targeting them,” Simpson says. “The hope for Southampton is that they can eventually grow to a level where it is possible to do so.

“But the best people in any industry will always want the most prestigious jobs and football is no different. The important thing is that you create a system that can generate this sort of talent regularly.

“If you can do that, you will always have a fantastic base to build from and Southampton are as good as anyone in that sense.”

With European hopes well and truly on the agenda given their fantastic start to the season, which also includes a place in the quarter finals of the League Cup, there’s no reason why Southampton can’t write another successful chapter in their remarkable journey from League One to the Premier League.

Riley Beveridge is a graduating Bachelor of Sports Journalism student from La Trobe University and a former sports editor of upstart. You can follow him on Twitter: @RileyBev