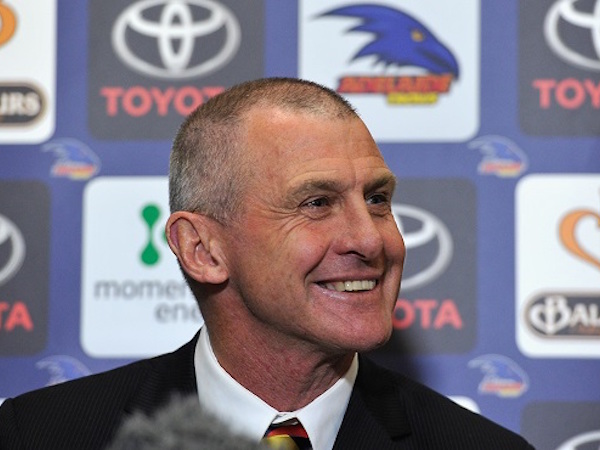 Gone were the banners, the team songs and the pre-match entertainment instead there were some of the most emotional scenes the football community has ever been a part of.

After the tragic passing of Adelaide coach Phil Walsh on Friday, his family, the wider community and the AFL were left mourning.

When appointed senior coach of the Adelaide Football Club, Walsh had already spent 32 years within professional football. Walsh’s playing days were spent at Collingwood, Richmond and the Brisbane Bears before breaking into the coaching world. His coaching years spread over three clubs (Geelong, Port Adelaide & West Coast) before accepting the senior role at Adelaide.

Walsh’s ability to build relationships was evident in the aftermath of the seven games played since his death. In an organic tribute to Walsh, the Collingwood and Hawthorn players and coaches came together as one in the centre of the ground to pay their respects and silently remember a man who had only just started his journey as a senior coach. This simple gesture was repeated in every game that followed. 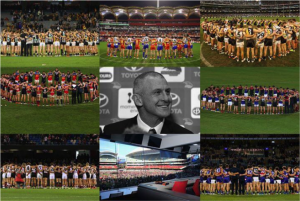 In his debut press conference upon being appointed Adelaide coach, Walsh revealed that a near-death experience in Peru in 2012 had changed his outlook on life. Walsh was hit by a bus while crossing a street in Cusco, leaving him close to death and wondering whether he’d ever return home to Australia. “I tell my kids to chase their dreams, so I don’t want to look back at 70 years old and think what might have been,” he said when questioned as to why he decided to pursue a senior coaching role.

In his unexpected brief tenure at the Crows, Walsh brought what he believed was needed. He saw a group whose habits demanded change after two seasons of mediocre football. Walsh was a firm believer that people were products of their environment. He consistently spoke of the need to develop “elite standards” and donned the term “formula one football” in one of his last press conferences. An environment in which he would answer questions with a hardness that showed his undying love for the traditional elements of the game.

With his time brought to a tragic and abrupt end, it was nearly impossible for Walsh to realise his vision for the Adelaide Football Club. Other than his family, no group was dealt a more sickening blow than the Adelaide playing group, a team that is now without the leader they loved so much.

Captain Taylor Walker, a man appointed by Walsh upon his arrival, had spoken so highly of the effect Walsh had created and the “team first” atmosphere he was trying to establish. Walker posted a moving tribute to Walsh on his Instagram account on Friday, saying he “fell in love” with “a great man”.

With his tenure as Adelaide coach cut so cruelly short, Walsh was unable to fulfil his vision for the Adelaide Football Club, yet that vision will no doubt be carried on through the club he led so greatly.

When AFL CEO Andrew Fagan fronted the media on Friday afternoon, he insisted that Walsh’s legacy would last well beyond his death.

“The impact that Phil Walsh has had on this club will be remembered forever – it won’t ever be lost.”

Ryan Rosendale is a Bachelor of Media & Communication student at La Trobe University. You can follow him on Twitter at @RosendaleRyan.