An SA Police Water Operations Unit has arrived to help the men this morning. 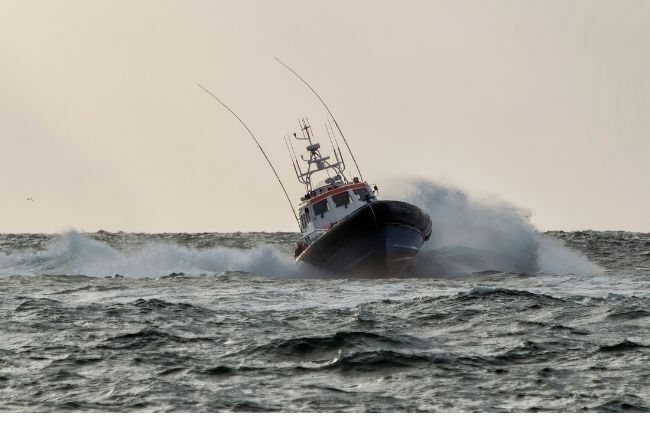 A rescue operation is currently underway for two South Australian fishermen found alive after being stranded at sea for five days.

Tony Higgins, 57, and Derek Robinson, 48, had embarked from Coffin Bay last Thursday before reporting engine trouble to a friend on Friday.

Higgins and Robinson had planned to go to Goolwa but advised their friend that they would divert to Kangaroo Island due to the problems.

A search operation began on Sunday after no further communication was made by the fishermen. Teams consisting of the Australian Maritime Safety Society, Royal Australian Air Force, and Kangaroo Island and Volunteer Marine Rescue took part in the search.

Over 100,000 square kilometres was covered by aerial teams but SA Police eventually called off the search on Wednesday, around 8pm.

That same night, around 11pm, police were able to successfully contact Higgins and Robinson who notified them that they were stranded near Salt Creek, east of the original search area.

Police then began the rescue operation which is currently underway. It may take hours to get the men and their boat back safe.

It is still unclear what problems occurred with the 10-metre-long boat, named Margaret, though Higgins and Robinson reportedly intended to renovate it at Goolwa.

Photo: Pushing to the limit (series) by Paul van de Velde found HERE and used under a Creative Commons Attribution. The image has not been modified.