A man was found dead in a Ringwood driveway on Tuesday morning. 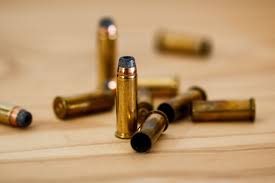 Homicide detectives have been called to investigate a shooting in Ringwood in the early hours of Tuesday morning.

Police and emergency services were called to the scene on Barkly Street shortly after 1am following multiple reports that a man had been shot. When they arrived, a man was found deceased in a nearby driveway.

The victim, who is yet to be identified, is believed to be roughly 30 to 40 years old.

An investigation into the circumstances of the death is underway with areas of Barkly Street and Maidstone Street closed off to the public.

The location is approximately 1 kilometre from Ringwood station.

Police have been door-knocking local residents in search for evidence and clues. No arrests have been made.

A neighbour, Luke, was informed by his girlfriend of his shooting, and has told ABC news that the incident has been unsettling.

“This shouldn’t happen in real life,” he said.

“I’m kind of scared for my girlfriend now. I told her to be careful.”

There was an 8.1 percent reduction in recorded weapons and explosives offences between January 2016 and December 2017, from 16,022 down to 14,720, according to Crime Statistics Agency of Victoria.

Police have asked anyone with information regarding this incident to contact Crime Stoppers via their website or by calling 1800 333 000.