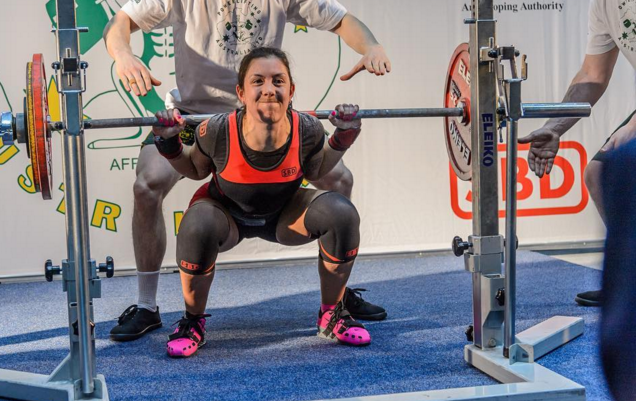 Rochene Higginson is obviously comfortable in workout gear in the middle of a gym.

She has a smile and wave for trainers and clients alike as they walk past.

As we speak, there are three Barbell Babes Brigade training sessions taking place, and you can’t help but notice the pride in her voice as she talks about the business she has created.

Higginson started Barbell Babes Brigade, a personal training business that focuses on introducing women to strength training, less than two years ago and is already noticing how fast it is growing.

“All my trainers were fully booked and I didn’t want to turn girls away … I’ve recently hired another trainer, she starts in three weeks’ time,” she says.

Higginson is a risk-taker. She moved from New Zealand with her partner after completing her studies, deciding it was now or never. She cut off her original personal training business to follow a passion of hers and now she’s about to open up her own gym.

“A lot of people thought I was stupid to cut off my original business, from a profit point of view, and to limit the types of clients I would take, but I wanted to brand myself exactly how I wanted,” she says.

Higginson describes herself as being a very sporty kid, and it’s no surprise that she’s ended up in the fitness industry. She played netball, soccer, and gymnastics and even won a national aerobics championship back in New Zealand.

“I wanted to try everything, I’d try dancing and decide ‘oh, that’s really girly’ and then go and try karate or something,” she says.

However, her career and studies didn’t always involve her passion for health and fitness.

She studied science at university and had a job in a laboratory as soon as she got her degree, before going on to work in finance.

“I f…….g hated it, because I couldn’t talk to anyone and I’m a very social person,” she says.

When she first moved ‘over the ditch’, Higginson completed a one-year personal training course in just three months.

“I made the decision that I wanted to be a trainer, so I was studying and working full time – in the evenings I’d go to school and get my certifications,” she says.

When she decided to create Barbell Babes she didn’t receive an outpouring of support from friends and family.

“A lot of people were concerned about the risk I was taking. My partner was worried about the risk of cutting off a profitable business; he’s very logistical like that. But he’s learnt now that I’ll achieve anything I set my mind to,” Higginson says.

“My powerlifting coach, Andrew, was massively supportive and I’d ask him heaps about running a business because he runs his own gym.”

A big motivator for Higginson was combating the stigma surrounding girls who undertake strength training.

“The norm for girls is to not lift heavy because they think we’ll bulk up,” she says.

“A client of mine wasn’t coming in to train on her own and I wanted to find out why. She told me that as she was lifting some heavy weights an old(er) man came up to her and said ‘girls should only lift the weight of a baby.”

I must have looked appropriately shocked.

“That was exactly my reaction. Isn’t that f…..up?” she asks.

Apparently this blatant display of sexism isn’t uncommon in a gym. Higginson’s been asked if she plans to strut around in a bikini in body-building competitions, simply because she competes in powerlifting.

“There is a lot of negativity aimed towards girls that lift, not only in this gym but in many others, and I haven’t shared this with anyone but we are going to be opening our own facility. I’ve always wanted a space where I can do my own thing and Barbell Babes helped me start that, but our own gym is the next step,” she says.

“It makes me so excited to give these girls a place to train without being subjected to negative comments and looks about wanting to lift and get strong.”

At the time of this interview, Higginson was also due to be married next month to her partner of nine years, Antony, but according to Higginson, the pair couldn’t be more different.

“He’s very quiet and shy. He won a powerlifting competition once but didn’t like the attention and decided it wasn’t for him. We’ll come to the gym together to train, but then it’s headphones on and we’re doing our own thing,” she says.

“He’s very supportive of what I do now though, he wears our SHE LIFTS tops when he comes into the gym. He’s a big tattooed guy, so it’s strange to see him in our shirts, but it’s how he shows his support.”

I wanted to know what she did in her spare time. Considering many people turn to exercise and go to the gym when they want to get away from work, what did one do when that is their work?

“I don’t do much else. Sometimes I think I should but I’ve tried things that I don’t enjoy and I feel like I’m wasting my time. I read books, personal development books, it’s helped me not care what people think (most of the time),” she says

“That’s my hobby, I like reading those types of books … and Harry Potter”

Higginson had been extremely happy and smiling throughout our conversation, so it came as a shock to us both when she got emotional and teary at the reminder of all that she had accomplished.

“I can’t stress how much I love what I do, it means a lot to me,” she says, wiping away tears.

“I don’t usually cry,” she ends with an embarrassed laugh.

Kate Pantelidis is a first year Bachelor of Laws / Bachelor of Media and Communications student at La Trobe University, you can follow her on twitter here @KatePantelidis