The 2012 French Open promises to be the most hotly contested in years with no clear stand out in the field. The women’s side of tennis has the most depth it’s probably ever had and it makes finding a winner for this years tournament very tough indeed.

What throws a spanner into the works even further is the fitness surrounding Australian Open champion and world number one Victoria Azarenka. Azarenka pulled out of her third round match against Dominika Cibulkova in Rome last week with a shoulder complaint and is in a race against the clock to be ready for the second Grand Slam of the year.

World number 16 Andrea Petkovic announced yesterday she has pulled out the French Open due to a right ankle injury. The German joins two time runner-up and crowd favourite Kim Clijsters on the sidelines along with Daniela Hantuchova. 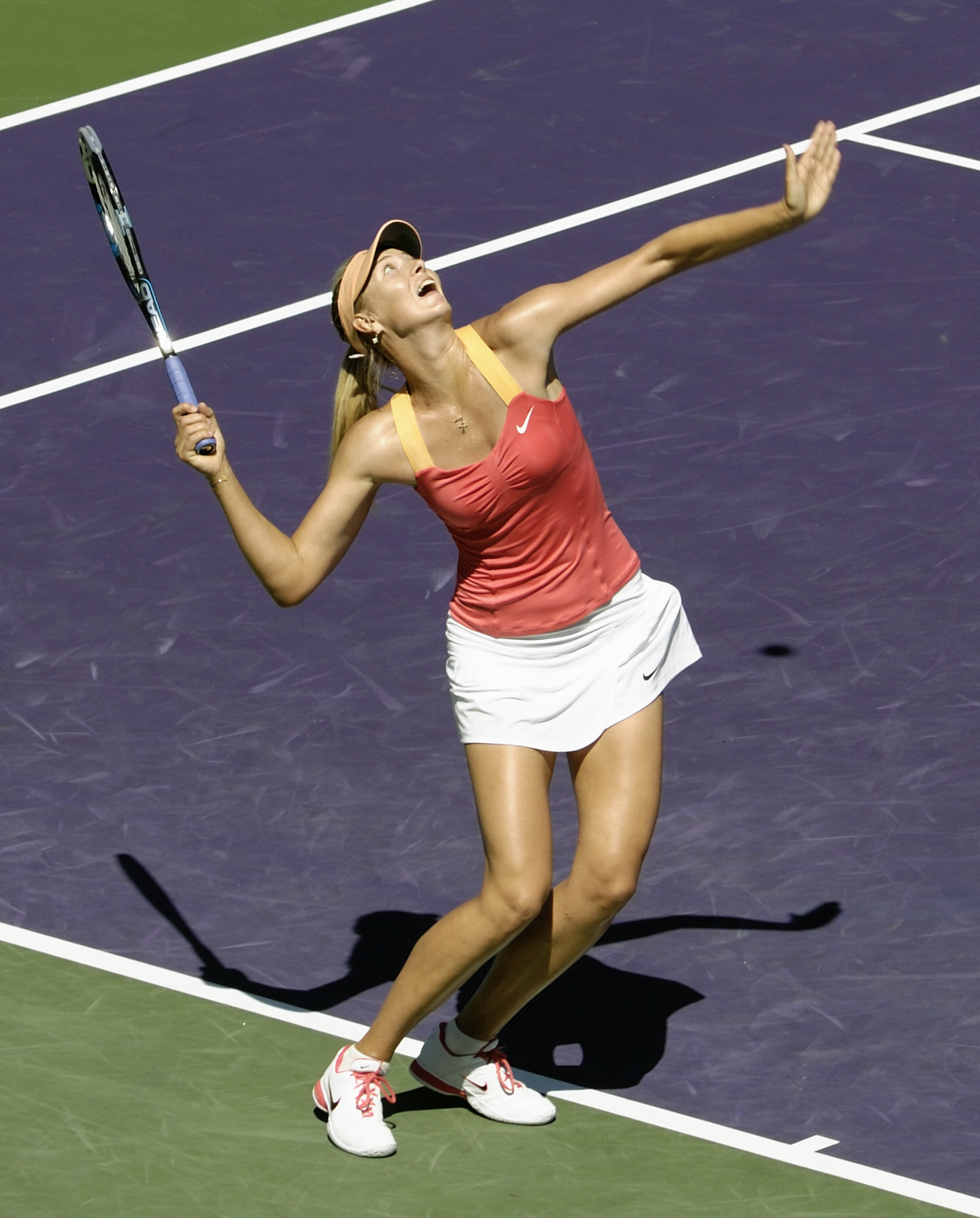 Maria Sharapova looms as a major threat at Roland Garros by Charlie Cowins, via Wikimedia Commons

If the world number one were fully fit she would have to be the woman to beat. The 22-year-old has taken all before her in 2012, amassing a 35-3 record already this season, which includes the Australian Open crown among her four titles.

Coming off a win last week at the Rome Masters will give Sharapova plenty of confidence heading into Paris. People tend to forget that she is only 25 after her success at Wimbledon as a 17-year-old and is now heading into the peak of her career. If her serve is on then she is the woman to beat. She has the all round game to be competitive on any surface and like Novak Djokovic will complete a career ‘Grand Slam’ with a win at Roland Garros.

You can never count Serena out, despite having an injury-plagued last two years. In fact 2011 was the first year since 2006 that Williams failed to win a major. The red clay of Roland Garros hasn’t always been kind to her despite winning the title against her sister back in 2002. She will be there come the second week and we may see some more Serena magic.

2011 was the breakout year for Li Na. The defending champion became the first Chinese man or woman to win a Grand Slam title and was also runner-up at the Australian Open. Clay seems to suit her game as much as any woman on the tour with her powerful and consistent hitting from the back of the court. She comes in with form losing the final to Sharapova in Rome in three tight sets. Don’t be surprised if Li Na goes back to back.

2012 has been a disappointing year so far for our Sam with only the one final to her credit, a loss to Azarenka in Doha back in February. The red clay of Paris may start to turn things around for the Australian. A finalist back in 2010, Stosur has always loved playing at Roland Garros. Her booming serve and powerful forehand will be the key to her chances over the next two weeks.

It’s very hard to pick a winner on the women’s side of the draw this year. Any one from a dozen women could take home the title. The draw will be important to see who can get away with some easy matches in the first week as there is number of dangerous unseeded players that will be floating around.

What it comes down to is who is playing the best tennis over these next two weeks? And Maria Sharapova has the form. She has already been in five finals in 2012 for two titles including her win in Rome last week. She has become a lot stronger mentally in her game and if her serve is on it will be very hard to stop her from lifting the Coupe Suzanne Lenglen trophy.

My money will be on Maria Sharapova.

Ryan Lepore is a second year bachelor of Journalism student at La Trobe University. You can follow him on twitter @ryanlepore.