Royal Melbourne Show ride forced to close after customers plead to "close the ride before someone dies". 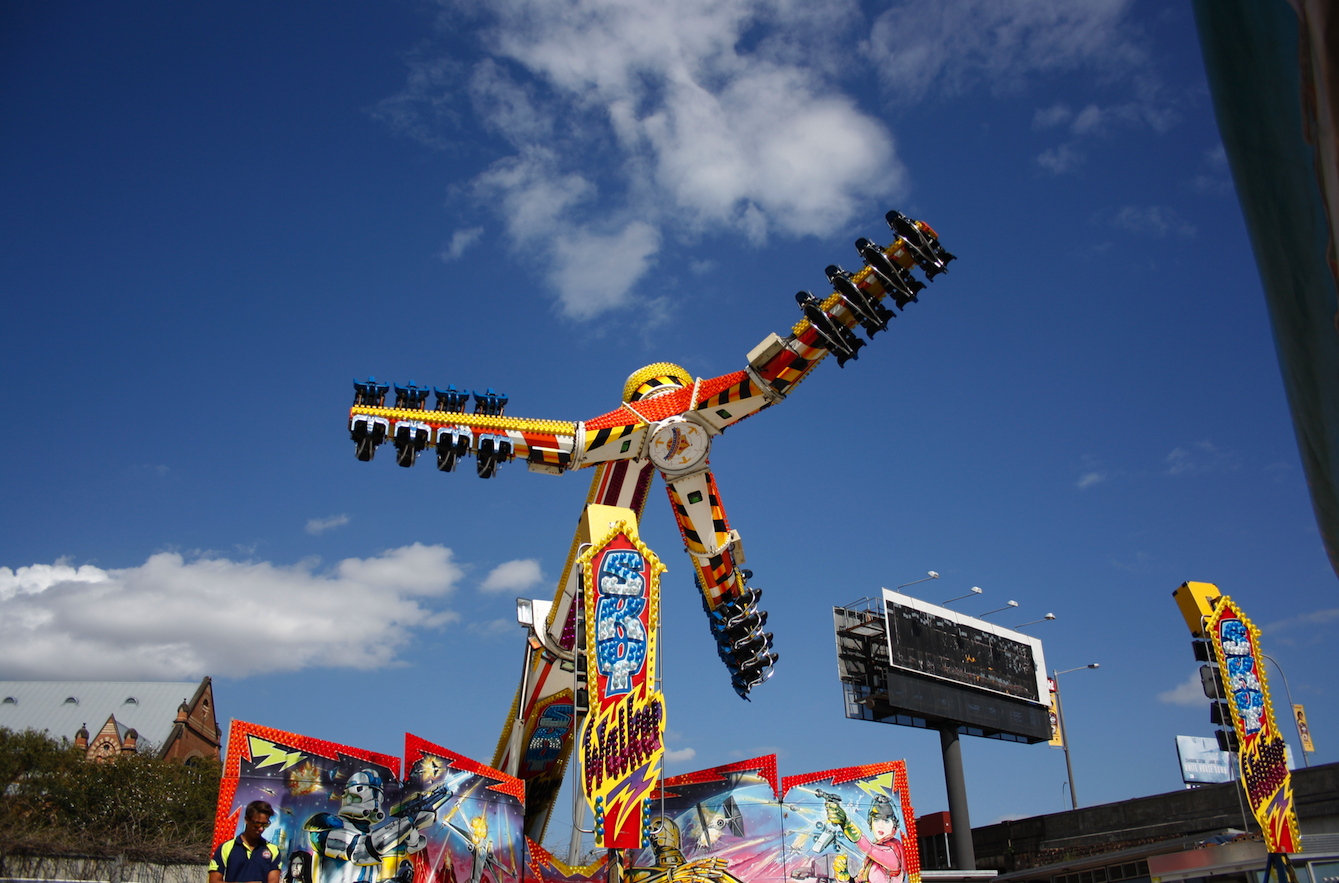 A Royal Melbourne Show ride has been shut down following passengers’ safety concerns.

After customers complained on social media, the Skywalker was closed at 9pm Sunday.

The complaints included one from Allie Calleja on the show’s Facebook page. “As the ride was taking off and started spinning, I was almost two stories high in the air when my harness came up…”

“This ride needs to be reviewed before something horrific happens… Close the ride before someone dies,” Calleja said in a Facebook post.

The 18 year-old spoke to 3AW describing the whole ordeal as frightening.

“My boyfriend was holding me into the harness. We kind of locked it back in, but we were just hanging there while they didn’t know what had happened… It was crazy… The moment that I fell forward I was actually facing the floor, I thought I was going to die.”

Another Melbourne Show attendee took to social media yesterday after the Sky Walker ride left “massive bruises” on her arm.

The Royal Agricultural Society of Victoria said in a statement that although the ride has now been given the all-clear from WorkSafe inspectors, it will remain closed.

“In the interests of customer comfort and confidence, RASV and the ride operator have voluntarily made the decision to keep the ride closed for the remainder of The Show.”

No passengers have been injured on the ride.