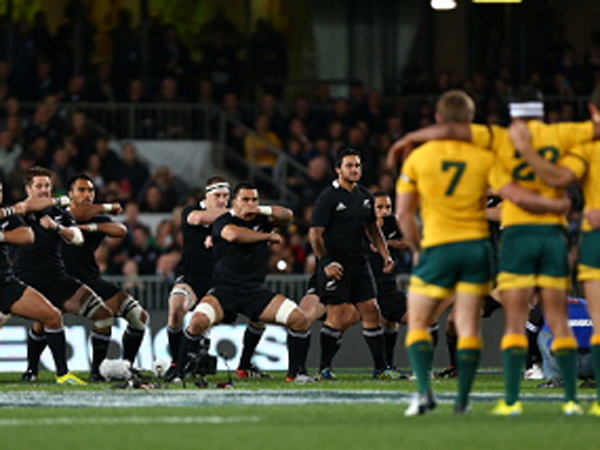 Rugby union supporters in Australia have been spoilt for choice this year. They’ve enjoyed an entertaining Super Rugby season, and recently cheered on the Wallabies against the touring British and Irish Lions. Now, the much-anticipated Rugby Championship is about to get underway between the Wallabies and their southern hemisphere rivals: Argentina, New Zealand and South Africa.

The Pumas will be hoping to improve on last year’s disappointing campaign. They went through the series winless, however, they did manage to salvage a memorable draw against South Africa and were competitive in both matches against Australia. Since the drawn game in Mendoza, Argentina has won just one out of its last nine matches and is now ranked tenth in the IRB World Rankings.

Felipe Contepomi has been the face of the Pumas for several years now and his on-field leadership will be vital throughout the championship. Juan Martín Hernández brings a great deal of experience in the fullback position, while Patricio Albacete and Manuel Carizza have formed a potent lock combination.

The Pumas will be tested in all six matches, but they are certainly capable of claiming a big scalp if they produce their best rugby. The goal for Argentina will be to build on last year’s draw with the Springboks and win its first Rugby Championship match.

It’s been a staggering 11 years since the Wallabies last won the Bledisloe Cup against their arch-rival, New Zealand. Australia will be playing for pride as they try to put an end to that record when they restore hostilities with the All Blacks.

The Wallabies finished second in last year’s Rugby Championship, winning three games of their six matches. They will be confident going into their two matches with New Zealand, after a hard-fought draw in October last year ended the 16-game losing streak to the All Blacks.

Coach Ewen McKenzie has picked five rookies to make their debuts in tomorrow night’s match against New Zealand. Consequently, a lot more will be expected from the experienced Wallabies players, such as captain James Horwill, Adam Ashley-Cooper and Stephen Moore. Israel Folau’s extraordinary transition into international rugby continues and he has an important role to fulfill on the right wing. Despite being edged out by Matt Toomua for the five-eighth position, Quade Cooper’s return from suspension strengthens Australia’s back stocks.

With an inexperienced and new-look side, the Wallabies will be challenged over the course of the Rugby Championship.

There is no greater rivalry in World #Rugby than the @QantasWallabies v @AllBlacks. Will you be there? #TRC2013 pic.twitter.com/UNPyBDDMhP

The strong form of the Springboks will give the playing group plenty of belief and hope leading into the championship. They’ve won their last six matches and were hardly troubled by Italy, Scotland or Samoa in their recent Test matches.

South Africa underperformed in last year’s Ruby Championship, managing only two wins and a draw. In the past, the Springboks have found it difficult to perform in both Australia and New Zealand, with their last victory against both nations on foreign soil coming in the 2009 Tri Nations.

Nevertheless, a full strength South African outfit is always a difficult prospect. A well-balanced and experienced side has been picked for tomorrow night’s clash with Argentina. Ruan Pienaar is one of the smartest scrum-halves in world rugby and is well supported by fly-half, Morné Steyn, who was the leading point scorer in the 2013 Super Rugby season. Wingers Bjorn Basson and Bryan Habana must play with confidence and flair if the Springboks want to have a successful tournament.

Unsurprisingly, New Zealand will go into the series as heavily back favourites to win its second consecutive Rugby Championship. The All Blacks proved their status as the number one ranked side in last year’s tournament, winning all six matches in a convincing fashion. They have the mental edge over all three opponents, and one of the toughest assignments in world rugby is defeating the All Blacks in New Zealand.

The back row will be bolstered by the return of inspirational captain and openside flanker, Richie McCaw. With Dan Carter sidelined for a number of weeks due to a calf injury, Aaron Cruden has been given the huge responsibility of taking the reigns as fly-half. Tony Woodcock leads an accomplished and resilient front row, alongside Andrew Hore and Owen Franks. The All Backs have a host of talented backs, including Israel Dagg, Ma’a Nonu, Conrad Smith and the exciting Julian Savea.

New Zealand’s remarkable depth and on-field chemistry makes them such a formidable force and difficult opponent to beat.

Mitchell Wood is a second-year Bachelor of Sport Journalism student at La Trobe University. You can follow him on Twitter: @Mitchell_Woody